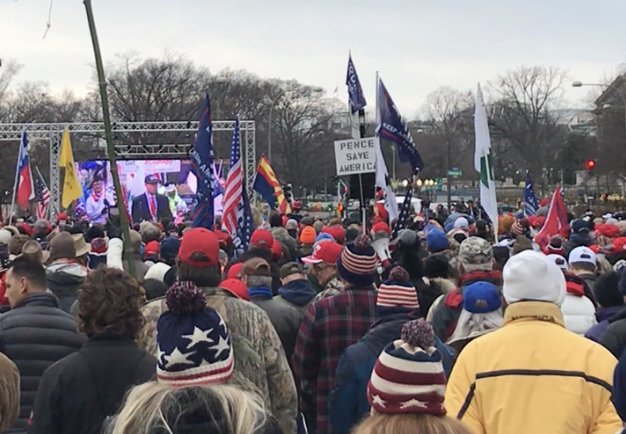 Today, hundreds of thousands of Americans flocked to Washington, DC to attend the “Save America Rally” hosted by Women for America First and attended by President Donald J. Trump.

Following the event held at the Ellipse, violence broke out at the Capitol. In response, Amy Kremer, Chairwoman of Women for America First, issued the following statement:

“We unequivocally denounce violence of any type and under any circumstances. We are saddened and disappointed at the violence that erupted on Capitol Hill, instigated by a handful of bad actors, that transpired after the rally.

“Unfortunately, for months the left and the mainstream media told the American people that violence was an acceptable political tool. They were wrong. It is not.

“We stand by and strongly support the men and women of the Capitol Hill police and law enforcement in general and our organization played absolutely no role in the unfortunate events that transpired.

“What is truly sad, is that the misdeeds of a handful of people will overshadow the overwhelming success of the peaceful event – attended by hundreds of thousands of Americans – that we sponsored today.

“The movement that was launched by President Donald J. Trump is one that respects the rule of law, supports our law enforcement and believes that violence has no place in politics today.”