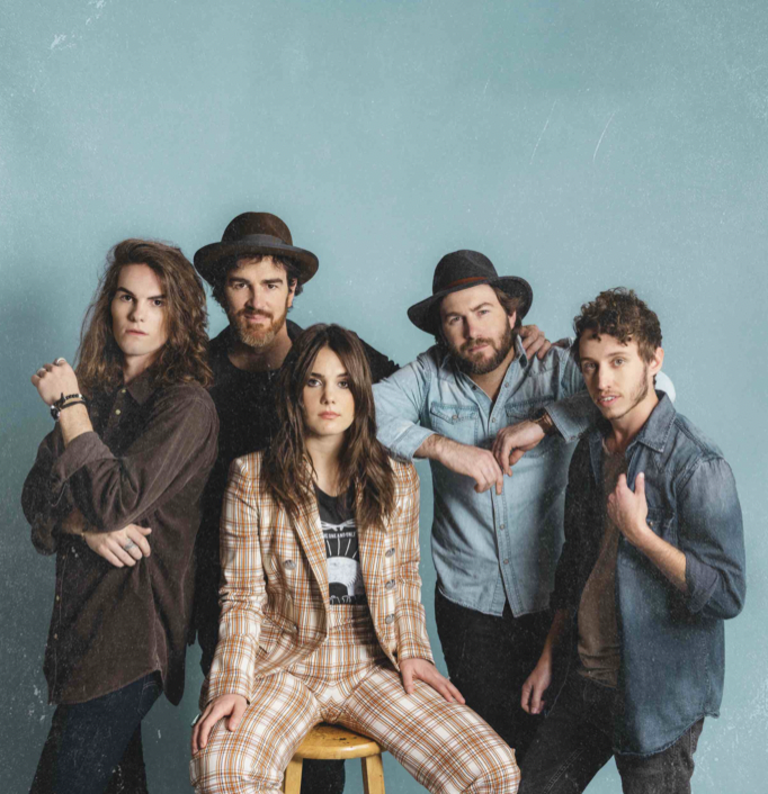 On the heels of a Dove Award win for “New Artist of the Year,” multigenerational family band We The Kingdom earned the first GRAMMY® nods of their career when nominations for the 63rd annual GRAMMY® Awards were announced today (11/24) during a special livestream hosted by the Recording Academy.

Upon release earlier this year, Holy Water landed at No. 1 on Billboard’s Top Christian Albums chart. The acclaimed studio project features two No. 1 songs: the now GRAMMY®-nominated “Holy Water” and their most recent hit, “God So Loved,” We The Kingdom’s second consecutive No. 1 radio single.

“We are so overwhelmed, humbled, and thankful to be nominated and recognized by the Academy. It never ceases to amaze us that songs that we write about our life journeys would be heard and loved by other people. We are truly honored” says We The Kingdom.

Who Is We The Kingdom

We The Kingdom is a multigenerational family of musicians, including esteemed producers and songwriters Ed Cash (Chris Tomlin, NEEDTOBREATHE, Bethel Music, Crowder), Scott Cash, Franni Rae Cash Cain, Martin Cash and Andrew Bergthold. The band organically formed at a Young Life camp in Georgia. Each of the five members had come to lead worship, but they themselves were weary and heartbroken due to a number of difficult circumstances. Late one night, as they spontaneously gathered to write a song for the campers, their collaboration caught fire, bringing with it personal healing and a fresh dream for the future. As one of the top 20 breakout artists across all genres in 2020, the group’s first single, “Holy Water,” reigned at the top of the Christian radio charts for eight weeks, earning them four Dove nominations and a win for “New Artist of the Year.” We The Kingdom’s chart-topping debut, Holy Water—featuring two consecutive No. 1 radio singles (“Holy Water,” “God So Loved”)—is available now. We The Kingdom has garnered two Grammy nominations for 63rd awards.