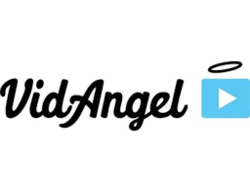 VidAngel, the family-friendly streaming app and original content studio, is preparing to emerge from bankruptcy, announcing a settlement today in its four-year legal battle with Disney, Warner Brothers, and other studios. The agreement, which allows VidAngel to now fully emerge from bankruptcy, was finalized in Utah’s bankruptcy court. Judge Kevin R. Anderson presided over the bankruptcy.

Prior to the legal battle, VidAngel had built a reputation among Christians and families for empowering users to filter language, nudity, violence, and other content from movies and TV series on Netlfix, Amazon Prime, and HBO—using modern streaming platforms such as iOS, Android, and ROKU

After a long and extremely difficult legal battle in one of the biggest copyright cases in decades, we have finally come to an agreement in which VidAngel can emerge from bankruptcy and move forward as a rapidly-growing company. As with any compromise, we had to make painfully difficult concessions to arrive at this agreement, as did Disney and Warner Brothers. We want to thank the team at Disney and Warner Brothers for negotiating this settlement in good faith. We also want to thank our fans and supporters, millions of people who have stood with us through thick and thin over the last four years of a battle that all-too-often looked lost and hopeless. Now, we can reward you for all of your support with incredible original content like The Chosen and Dry Bar Comedy and expand our mission to help you make entertainment good for your home.”

About VidAngel
VidAngel helps you make entertainment good for your home. Its top-rated original series Dry Bar Comedy and The Chosen have earned wide acclaim from critics and audiences alike. VidAngel’s proprietary technology—empowering families to “skip” unwanted language, nudity, violence, and other undesired content from movies and TV shows streaming on Netflix, and Amazon Prime—is available on modern devices such as iOS, Android, ROKU, Apple TV, and Amazon Fire TV and continues to be popular with parents and families.