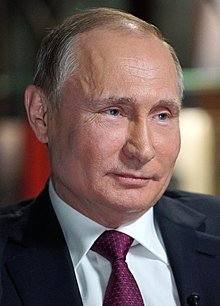 The Russo-Ukrainian War began in February 2014 as Russian forces began surrounding the Ukraine. Recently Ukraine’s President Volodymyr Zelensky, who was raised by Jewish parents in a Russian-speaking area in southeastern Ukraine, has stated that Russian President Putin had Russian forces, including nuclear arms, placed on high alert. Now talks between Russian and Ukrainian delegations are scheduled to take place Monday on the Ukrainian-Belarusian border, causing many around the world to hope this might signal the end of the hostilities.

The war has already had a devastating impact on the Ukraine, and probably on Russia as well. Christian Activities talked to two citizens in the Ukraine to get their perspective on the Russo-Ukrainian War.

Alex, a Ukrainian student at Kiev National University of Trade and Economics, was living in the area of Antonov and Gostomel when the war started. “February 24, 5:30 p.m. I woke up because my father was very worried and talking about the explosions. I did not believe him, but still began to gather. He ordered a taxi to the village. And then ‘VUUUUUM,’ and the windows began to shake,” he says. “We ran out of the apartment and noticed that people were actively getting into cars and leaving.” Alex quickly left the area, taking an Uber to his family’s farm in the village of Tayki.

He says Tayki is considered a safe area because there are no military areas or areas of strategic importance in the village, so there are no bombings or any military presence there.

In Poltava, Kostiantyn H., a student at PSMU, says his area is not under siege yet, but people have been lining up to volunteer to fight and air alerts have just started going off. He believes that Russia planned to execute “a small victorious war.” Kostiantyn thinks Russia plans wars against countries where they believe “there will be no problems. for example, Georgia, Chechnya, etc.”

“Until recently, I could not call myself a patriot. But now I am proud to be Ukrainian.”

He thinks Putin, a Russian Orthodox from Leningrad (now Saint Petersburg), wants to strengthen his power to restore the Soviet Union, and that while many Russians support that, there are also many Russians who don’t want to see it happen.

Alex points out that Ukrainians are very active in cooperating with the army (destroying saboteurs, telling where enemy troops are, making Molotov cocktails, using distributed AK-47s, together making Ddos attacks on Russian propaganda sites). “We have news that our gopniks have squeezed out an enemy armored personnel carrier (I don’t know if it’s true, but it’s still good news).”

“Until recently, I could not call myself a patriot. But now I am proud to be Ukrainian,” states Kostiantyn. He says people have been busy making Molotov cocktails in his area, too, and that he recently rode in a car full of Molotov cocktails.

He says the city of Poltova stands with empty streets now and that only grocery stores and pharmacies are open.

Today Kostiantyn watched thousands of people form an anti-tank line and other defenses. Later he was in the shower when the air defense siren started. “I was wet and only in pants, and had to run to the shelter. It’s cold outside now.”

“I have a lot of friends that are Christians,” says Kostiantyn, who like Alex, is an atheist. “We all will protect Ukraine together, side by side.”

“But this story is not about church or Putin’s ambitious; it’s about that people die. And suffer,” he concludes.

Christian Activities joins Christians around the world who are praying for a quick, peaceful resolution to the Russo-Ukrainian war.