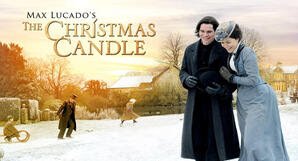 Christmas is less than a week away! If you are looking for some great holiday entertainment that is family-friendly, full of Christmas cheer, and that offers some of the true meaning of Christmas, this list of our top seven faith-based Christmas movie picks is for you.

After watching numerous progressive holiday movies on Netflix that didn’t fit the bill, I moved to Amazon Prime where I had better luck finding Christmas movies with more traditional values.

To earn a place on this list, a movie had to be fun to watch, and full of Christmas spirit, but it also had to go a little deeper into the true meaning of Christmas. A good story, decent acting, and traditional values were needed to qualify. These seven movies all had something more to offer than typical Christmas movies. In addition, these movies are all available on Netflix and/or Amazon Prime this season.

The Top 7 Faith-Based Christmas Movies for 2020

1. “A Christmas Snow” movie (2010) stars Catherine Mary Stewart, Muse Watson, Cameron Ten Napel & Anthony Tyler Quinn. For decades, Kathleen (Catherine Mary Stewart) has been haunted by the painful memory of her father abandoning her and her mother on Christmas Eve. Her sadness has turned to bitterness which she is forced to confront when she is stranded in a blizzard with a bratty ten year old and a mysterious homeless man. This movies scored the Numer One position with a strong story about forgiveness and redemption. It was the only movie that made me tear up this year. Learn more at ‘A Christmas Snow’ Movie an Unexpected Faith-Based Treasure

3. “The Least of These” (2018) is the story of Rose, a homeless single mother, and her young daughter Katy, who live in a car and clean up in the small-town diner where Rose works. They are befriended by a Salvation Army Santa. When the Santa invites Rose and Katy to a posh Christmas dinner, will their fortunes change? Full of faith, hope and a lesson on forgiveness, “The Least of These” is worth watching this holiday season. Bonus: If you have a good eye, I can be spotted a couple of times in the Christmas party scene. Approx. 101 minutes. Read our review at ‘The Least of These’–A Christmas Story, Movie Review

5. “The Farmer and the Belle: Saving Santaland” is based upon a true story of young pen pals who became friend at a rural Santaland. Over the years they lose touch. Josh becomes a farmer and Belle becomes a fashion model. When Belle returns home to find a bracelet she lost at Santaland many years ago, she discovers Josh is now a widower, pastor and the father of a little girl. The movie is about finding and developing our beauty and value on the inside and is based upon Biblical teachings.

6. Rio Vista Universal Films released a Hallmark style faith based family friendly film, “Rekindling Christmas” for the holiday season. The film which was released last week is being heavily promoted by Dish Network and promises to be a holiday classic based on the novel with the same name, Rekindling Christmas. The film brings a variety of emotions, betrayal, forgiveness, and more. Article at ‘Rekindling Christmas’ A Faith-Based Family-Friendly Film for the Holidays

7. Barely making it on my top-seven movie list for 2020 is “The Christmas Chronicles 2.” “Chronicles” brings all the star power, excitement and holiday fun one could want, with the added bonus of telling the often-overlooked history of Saint Nicholas. However, it deviates from tradition with a quirky side story about an overgrown, somewhat vicious elf, Belsnickel, who doesn’t look or act like the other elves. “Christmas Chronicles 2” is fun, and it is a bit of a redemption story, but it makes this list mainly because of the historic story of Saint Nicholas.