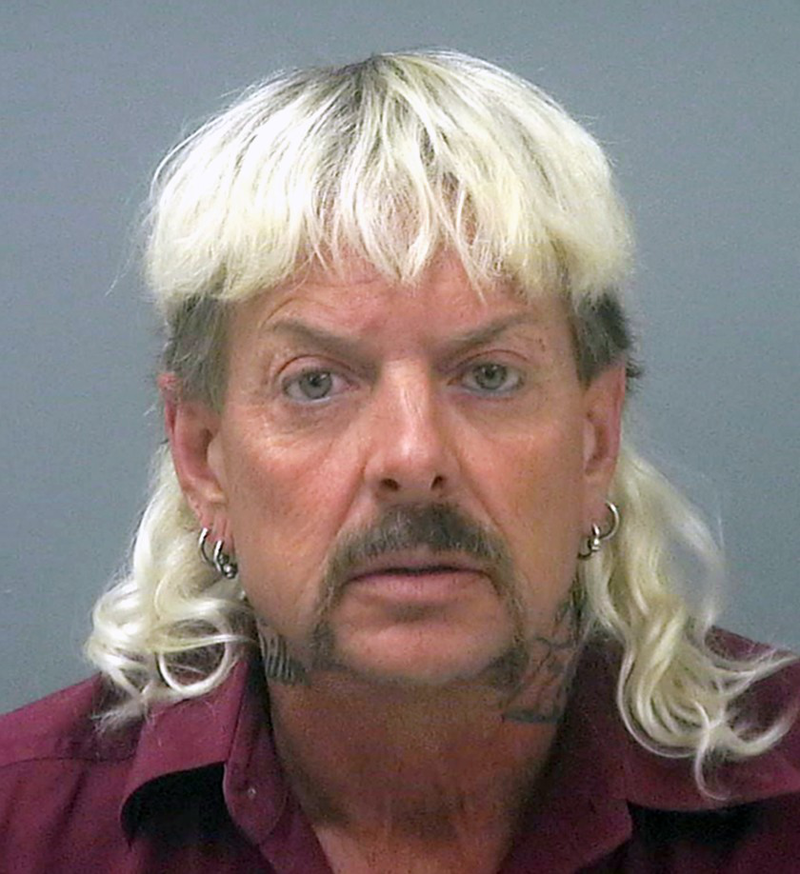 What’s new in the always-surprising world of Joe Exotic, AKA the “Tiger King?” On the July 30th episode of the Josh Belcher Uncharted Podcast, Belcher read another exclusive letter from “Tiger King” Joe Exotic Maldonado-Passage Schreibvogel. This was the 2nd letter received from Exotic in prison, following the 3-page, single-spaced, handwritten letter received in early June and read at Exotic’s request on Episode 51.5 (June 3).

“Tiger King” Joe Exotic claims he now follows the King. In his new 3-page handwritten letter, dated July 15, the imprisoned entertainer has reinvented himself again, claiming he has been baptized in prison and that he has become a minister. However, Exotic was already ordained as a minister in the state of Oklahoma. He obtained his ministry license through the Universal Life Church in July 2015 and can be seen dressed as a minister on the Netflix “Tiger King” show. The non-denominational Universal Life Church offers almost-instant ordination via the internet according to The Blade, and Exotic snapped one up almost exactly five years ago.

In recent years, the openly homosexual Joe Exotic, who usually prefers very young straight men with drug problems as husbands (sometimes 2 husbands at a time), has reinvented himself more than once. His personas include a police officer, pet store owner, volatile owner of a zoo, singer (whose recordings are all reportedly sung by someone else with Exotic sometimes performing background vocals), Oklahoma politician and candidate for President, and now a minister.

Exotic also shares his thoughts on the death of George Floyd, declaring “this is not a race problem.” A former police officer, Exotic briefly served as chief of police in Eastvale, Texas. He blames politicians, Hollywood, canceled TV series Live P.D., and “a bad police system” for the race issues and accusations of police brutality dominating today’s news cycle. According to Exotic, the only solution is to overhaul the system and “change laws and give this country back to the people,” and he says he is just the man to lead such a movement.

“I have the platform,” the convicted felon writes. “I have the mouth. And I truly [sic] believe I can unite THIS nation without politics. But I need our President to stand against corruption and make this right and pardon me sooner than later, so I can be a live face of change.”

He then tells his fans… “Start a movement on Trump’s Twitter to pardon me and give me a chance to help save America. Be my voice.”

In June 2020, Trump described Joe Exotic as a “strange guy” but did not state if he would consider pardoning him, according to a New York Times article cited on Wikipedia.

Who is Joe Exotic?

Born March 5, 1963, Joseph Allen Maldonado-Passage (né Schreibvogel) became a household name earlier this year as Joe Exotic when Netflix released an eight-part documentary, Tiger King: Murder, Mayhem and Madness. In 2019, Joe was convicted on 17 federal charges of animal abuse and 2 counts of murder for hire, for a plot to kill Big Cat Rescue CEO Carole Baskin. He is currently serving a 22-year sentence in federal prison.

In his original letter to Belcher, Exotic detailed new evidence that “2 Assistant U.S. Attorneys, 2 FBI agents and a federal wildlife agent all conspired to commit perjury.” He also claimed he was being abused in prison, saying “I have scars from the skin coming off of my arms from being strapped in a chair so tight and so long just for demanding answers.”