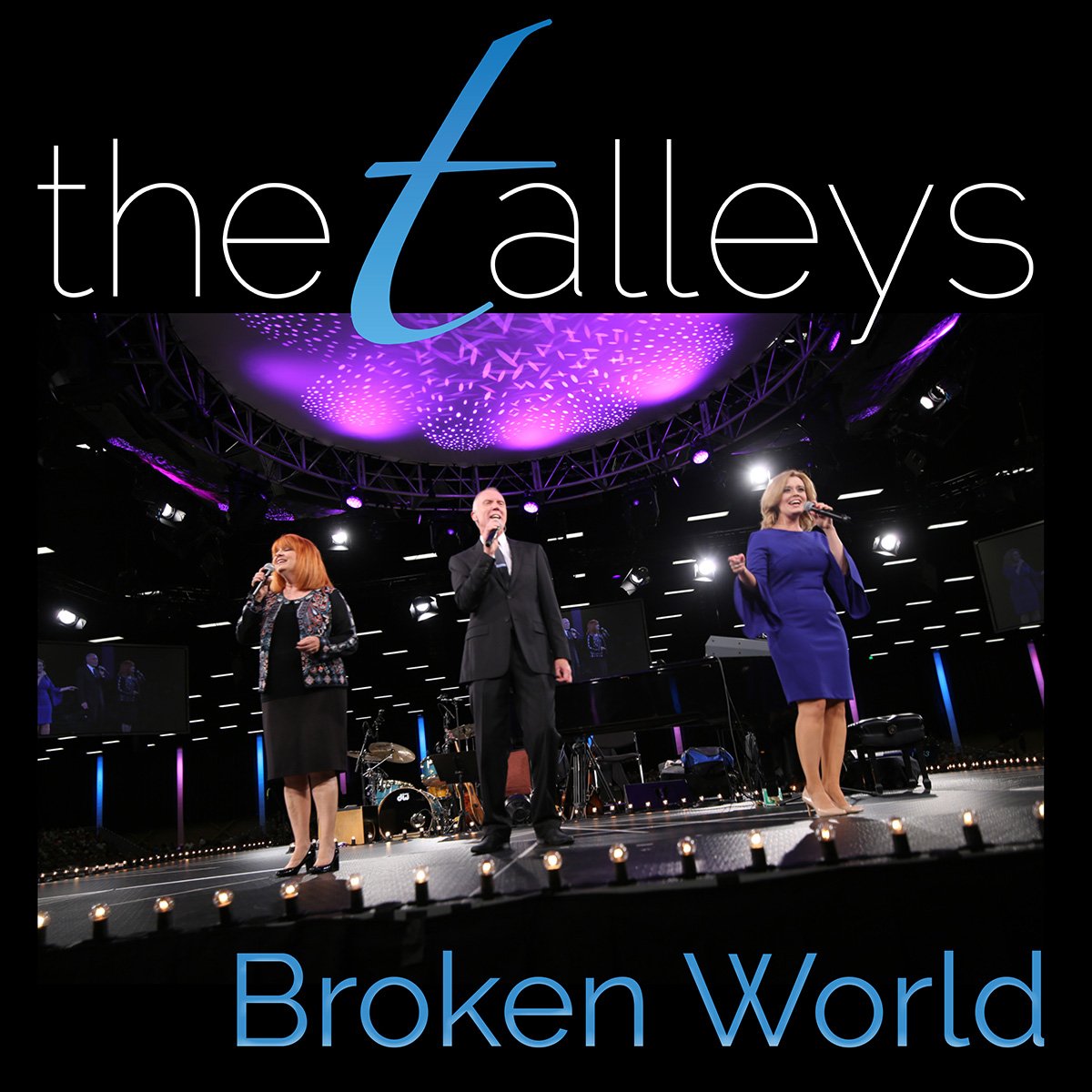 “This broken world is cradled by a Savior

And nothing here can take Him by surprise

Someday all this hurting will be over …

Who Are The Talleys?

The Talleys began in 1984 and enjoyed many years of success, including a Dove® Award and numerous Singing News Fan Awards. Following a three-year hiatus, the Talleys began performing together in 1996 with the current lineup of Roger, wife Debra and daughter Lauren, and today the Talleys remain a mainstay of Christian music.The Talleys have enjoyed eleven number one songs, and have received numerous Singing News Fan Awards and Dove Award nominations. They are frequently recognized for their appearances on the Gaither Homecoming video series and concert tour, as well as In Touch with Dr. Charles Stanley and John Hagee Ministries. They have appeared on RFD-TV’s “The Music City Show,” and have toured overseas to Norway, Northern Ireland, Italy and South Africa. The Talleys consistently take their music with a message to hundreds of concert and church audiences of all sizes across America each year.