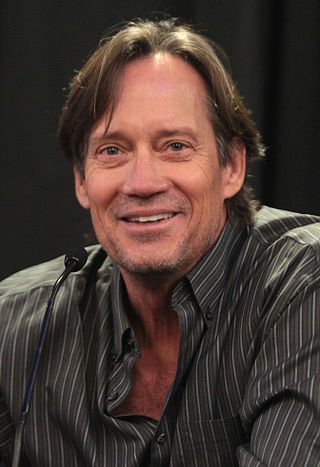 “The Reliant” is a 2019 faith-based action-adventure movie starring Kevin Sorbo and Brian Bosworth with a cameo by Eric Roberts. It also features a cast of young adults, teens and children. The movie had a limited release in theaters in Oct. 2019 and is now playing on Netflix.

Christian actor Kevin Sorbo plays Rick, a doctor and father of five, during a time of economic civil upheaval who has taught his children what to do in case of an emergency. They all have bug-out bags, know how to survive in the woods, and how to handle guns. The oldest daughter, Sophie, who is engaged, has a problem with guns and secretly hides the key to the gun safe.

When the civil unrest and resulting anarchy come to their small town, a vengeful man, Jack, who blames Rick for the death of his daughter, Faith, takes a violent group to Rick’s house. Because Sophie has hidden the key to the gun safe, Rick is unable to defend his family and is shot and killed. The kids escape into the forest and don’t know the fate of their mother or Sophie’s fiance.

Hunted, and with limited resources, the kids are on their own in the woods and must trust in the skills their father taught them as well as their faith in God to keep them alive and together as a family.

Although Rick is killed early in the movie, Kevin Sorbo is featured in flashbacks throughout the film providing some of the film’s best moments. Eric Roberts, who has appeared in other faith-based films (“The Perfect Summer,” etc.) is only featured in a cameo.

“The Reliant” has a great premise and some intriguing conflicts, but unfortunately, the movie is too preachy. In addition, the villain lost a daughter named Faith, and Rick has a daughter coincidentally named Faith, leading to way too many heavy-handed allusions to losing my Faith, finding my Faith, saving my Faith, etc.

If the filmmakers had spent more time developing the characters and less time preaching, “The Reliant” might have been that rare film where the plot and the characters quietly speak to a deep faith in God without having to incessantly preach about it. The dialogue was often clumsy as well as preachy. It was often hard to tell if the acting was poor or if it was the writing. Sometimes a Christian movie is its own worst enemy.

In spite of its flaws, “The Reliant” is a family-friendly film worth watching if you have kids and want to open a discussion about guns, self reliance or faith.