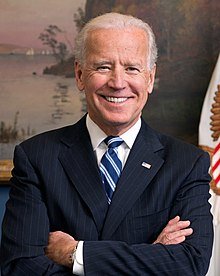 Today we inaugurate the 46th President of the United States, Joe Biden. I spent the morning watching the proceedings on various news channels. Here are my observations.

As I watched the proceedings, I made myself some promises. I am not a liberal, so I am not going to tear this country apart for the next four years childishly whining “Not My President.” I am not going to attempt to weaken the fabric of our nation by disrespecting the office. What I will be doing, much like I have done with past Presidents, is letting Joe Biden show what kind of leader and unifier he will be for our country.

I will agree in spirit with the inauguration invocation for liberty and the general welfare of the land and that his admin will be conducted in righteousness. I will commit to “caring for each other as Americans in word and deed, to reconcile the people of our land,” words spoken in prayer by Father Leo J O’Donovan at the inauguration.

I will get chill bumps when I hear our National Anthem sung, no matter who sings it or what I think of them. I will listen to the Pledge of Allegiance with all the love I have for this nation. This is America and I want what is best for the country.

I will give Joe Biden a free pass for immediately “going there,” when he stated his inauguration was the result of the “will of the people and our democratic process.” I will also overlook that while he spoke of unity, he also went straight into potentially divisive remarks about racism, white supremacy, and domestic terrorism that seemed to be pointed more at conservatives and less at the past year of liberal riots.

President Biden used a Bible that has been in his family since 1893 and quoted some scriptures. He asked Americans us to take the measure of him and his heart. He pledged to be a President for ALL Americans. He says he will fight as hard for those who didn’t vote for him as for those who did. I’m willing to give him the chance to prove his words true. The nation will be watching how he handles the impeachment of a private citizen, what his first moves as President will be, and how he addresses other conservative concerns to see how much he reaches out to those who did not vote for him.

I will give him a chance to make good on his promises, but I will speak out as a free American citizen on broken promises or policies or decisions I disagree with. I will do this without mocking the color of his skin in the unbecoming fashion that liberals mocked the color of President Donald Trump’s skin the past four years.

I hope Biden’s actions will match his words and that he will keep his promise to reach out to both sides of the political aisle. I will give him the chance that liberals never gave President Trump.

And if his actions or other events indicate he is making poor decisions or is not a fit President, I will speak out as loudly, but with much more composure and evidence than liberals had for President Trump.

As Christians we are called upon to pray for our nation’s leaders, and that’s what I will do. As Focus on the Family says, “If there was ever a time requiring God’s mercy and divine intervention in America, today’s events seem to cry out for it.”