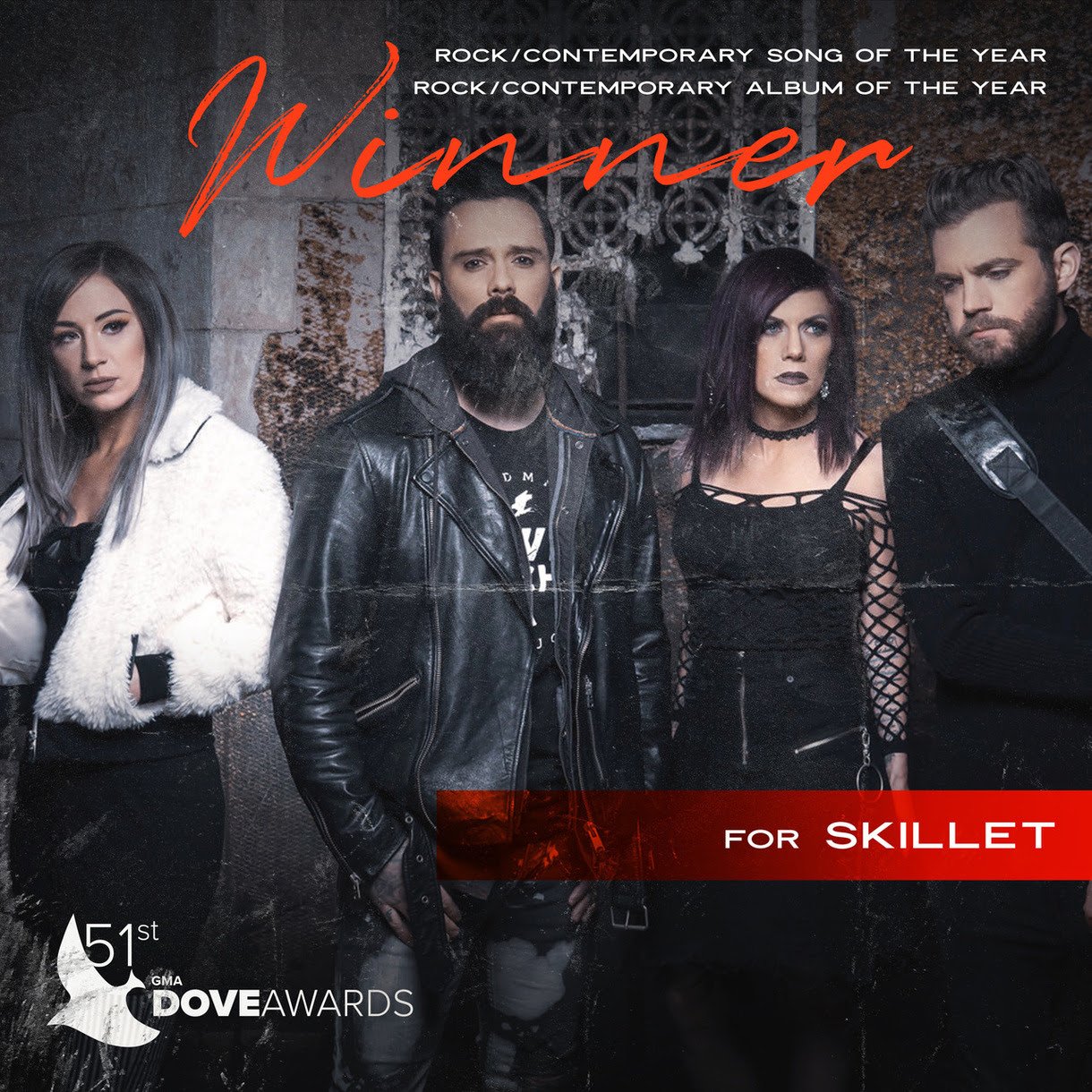 Coming November 10th is their second graphic novel, Eden II: The Aftermath, once again pairing Random Shock Studios with Skillet frontman John Cooper and his Eden artist Chris Hunt. Available in both the standard and a limited deluxe edition, Skillet’s return to the post-apocalyptic world of Eden, as established in their 2019 graphic novel debut of the same name, is an exciting one for the band as well as their publisher, Z2 Comics. The original book became their best-selling graphic novel of all time. According to Cooper, Aftermath promises “more action, more surprises, more suspense.”Not letting a crazy 2020 slow him down, Cooper recently announced his debut book, Awake & Alive to Truth (Finding Truth in the Chaos of a Relativistic World), which will be available on Black Friday (11.27.20), and pre-ordered now by clicking here.

“I wrote Awake & Alive to Truth because we live in a culture that is more concerned with tone rather than honesty, emotion rather than critical thinking, and empathy rather than truth. I believe truth is revealed by God and God alone.  The identity you belong to – the color of your skin, your gender, or your economic status – cannot be a prerequisite for understanding the truth.”

On Victorious, one of the best-selling rock bands of the 21st century, two-time GRAMMY® Award-nominated, Pandora Billionaires Club recipients, multiplatinum Wisconsin quartet SKILLET—John Cooper [lead vocals/bass], Korey Cooper [guitar/keys], Jen Ledger [drums/vocals], and Seth Morrison [lead guitar]—write the soundtrack to triumph. An undying spirit humbly asserted and affirmed the band as one of this generation’s most successful rock acts. However, as all classic underdog stories do, it happened quietly under the radar. By 2019, they not only garnered a pair of GRAMMY® Award nods and sold over 12 million albums worldwide, but they also took home a Billboard Music Award for the double-platinum Awake. Its breakout single “Monster” remains “one of the most-streamed rock songs of all-time” with over 3 Billion global audio streams. 2016’s Unleashed bowed at #3 on the Billboard Top 200. Going #1 on Rock Radio, the lead single “Feel Invincible” cracked 150 million global audio streams and went platinum. Meanwhile, the gold-certified Unleashed became their fourth consecutive album to receive either a gold, platinum, or double-platinum status. To date, nine original tunes earned RIAA recognition in tandem with high-profile syncs by everyone from WWE and Marvel to ESPN and NFL. Between selling out arenas on four continents, the group performed on CONAN and graced the pages of USA Today and The New York Times, Skillet debuted their first graphic novel, EDEN: A Skillet Graphic Novel with Z2 Comics, which has become the publisher’s best-selling book of all time.