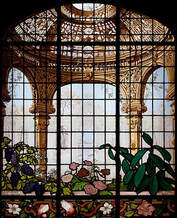 Editor’s note: Recently Sheryl Young and I recently had a discussion about churches that teach religious traditions, not the depth of God’s word, and how that does not give young people a strong foundation to build their lives upon. Simply following traditions and practicing a religion are not the same thing as developing a relationship with God and seeking to do His will out of love instead ofreligious dogma.

Sheryl replied that she had just written an article about that. Here is her informative take on the difference between religion, faith and worship.

Religion, Faith, and Worship: Aren’t they all the same thing?

Sometimes we interchange certain “religious” words to mean the same thing:
Religion – Faith – Worship – Customs – Beliefs – Tradition. In reality, they’re all different from each other.

A person may do all the customs of a certain religion out of habit or respect for their family, and they think that makes them “religious.” But that doesn’t mean they have faith in those beliefs. It’s just part of their culture and tradition. They may not really worship God with their heart or believe in their mind that He is there.

The first three get confused most often – religion, faith and worship. We’re going to address these three from the Judeo-Christian perspective.

To explain for the purpose of this article, the Old Testament of the Christian Bible is made up of the same 24 books which are in the Jewish Bible, known as the “Tanakh.” The Jewish Bible is also often called the Torah, but the original reference to “Torah” is only the first five books — the books of Moses. The New Testament is the remaining 42 books of the Christian Bible.

The word “religion” is only used once in the Old Testament. It is used four or five times in the New Testament, depending which translation you are using and whether that translation has also added it in a chapter title or sub-title. Mostly, it is used as a descriptive word, to identify one’s belief system. For example, if someone asks “what religion are you?”

By contrast, “faith” and “worship” are each mentioned hundreds of times in most translations of the Bible. Faith can be both a descriptive and active word whereas worship is most often active, connected with God’s desire for us to express devotion and praise to Him; to conduct ourselves in a manner that reflects who He is to us (for Christians, also to reflect Jesus); and also to tell others about Him so that people can have a more fulfilling and confident life – even in times of trials.

We often say “religion” has caused and still causes many wars and other world problems. Actually, according to extensive research by Charles Phillips and Alan Axelrod in their 3-volume Encyclopedia of Wars, only six to seven percent of the world’s wars were started for purely religious reasons.[1]  They state that most wars happen because of territorial disputes, military rivalries, ethnic conflicts, envy over another nation’s status, or a sense of injustice. It is many times a means of furthering the interests of one individual person like madmen, terrorist leaders, and cultish leaders whose only interest is to attain power over other people. Phillips’ and Axelrod’s information has been confirmed by a number of other sources.

But religion is defined in the New Testament’s book of James 1:27 as simply this: “Pure and undefiled religion before God the Father is this: to visit orphans and widows in their trouble and to keep oneself unspotted from the world.”

God doesn’t care if we tell someone what religion we are born into or we think we’ve acquired. He cares that we “exercise” it and show it from the heart.

In the Old Testament, 1 Samuel 16:7b says: “The Lord does not see as man sees, for man looks at the outward appearance, but the Lord looks at the heart.”

The first Commandment is the most important of all Ten Commandments for both Christians and Jewish people. Old Testament:

“Hear, O Israel: The Lord our God, the Lord is one. You shall love the Lord your God with all your heart, with all your soul, and with all your strength. And these words which I command you today shall be in your heart. You shall
teach them diligently to your children, and shall talk of them when you sit in your house, when you walk by the way, when you lie down, and when you rise up” (Moses in Deuteronomy 6:4-7).

Do we go through the motions of “religion” without thinking about what we’re doing, without loving what we’re doing for the Lord? That’s just ritual. Good works minus true faith are meaningless, and vice versa – faith without any works is dead (James 2:18-24).

Faith and true worship, and understanding who God can be to us, have very little to do with the outward trappings of man-made, denominational “religion.”

In arguing against God’s existence, people often say, “I only have faith in what I can see.” Yet, they’ve never seen the Big Bang happen, or seen an ape turn into a man. No science experiment has ever been able to duplicate this.

In general, faith is believing in what we can’t see…no different for belief in God than the Big Bang. No different than having faith that when we climb into our car it will start.

This doesn’t mean we can’t have good, intellectual reasons to believe in God or the Bible or that its events were real and still relevant today. As stated in the quote by Mark and Matthew above, this faith also includes using our minds.

The apostle Paul said, “Do not be conformed to this world, but be transformed by the renewing of your mind” to prove what is God’s will (Romans 12:2), and Peter advised people to “always be prepared to give a reason for the hope you profess” (1 Peter 3:15). These are key verses here at Intelligent Faith Matters, and we have examples of true, logical evidence in many of the posts.

But humans have always been spiritual seekers. From the beginning of time we’ve sought the comfort of spiritual beings or objects representing them. People have actively expressed their faith in a Presence bigger than themselves. We see it in cave drawings, parchment writings, temple remains, and modern houses of worship. Some rely on crystals or statues to find strength and inner peace. Improving “karma” is very popular right now. Some folks believe in multiple gods. And some pray to a single God that others say isn’t there.

What triggers this or puts this craving inside us? Is there really an “empty place” that can only be filled by a Divine presence?

Sales of well-known books like The Purpose Driven Life and the Left Behind series didn’t go through the roof if people weren’t searching for a spiritual center. According to the U.S. National Library of Medicine and Cancer.org, many doctors say their patients with an active spiritual faith are healthier and/or fare better during and after illness. Even Good Housekeeping Magazine has cited that people who believe in a higher power experience less depression and anxiety, and those who pray are fifty percent more likely to live longer. [2]

“God is our refuge and our strength, an ever-present help in times of trouble” (Psalm 46:1). This basic message, found many times in both the Old and New Testament, has lasted in peoples’ hearts through centuries, storms, fires, and wars. Unfettered by interpretations, denominations and regulations, faith can be our greatest hope.

Many churchgoers think of “worship” as only the music part of a church service. Worshipping God actually means everything we do for Him. Church or synagogue attendance, listening to sermons, singing, praying, reading the Bible or scripture-guided books; giving our money or time, missions or charity work; visiting sick people, running errands for someone — these are all forms of “worship.”

What’s not worship? All the memorized prayers said at certain times of day, for certain events, or for supposed cleansing of sin, mean nothing to God if they are head-memorized but not heart-felt.

We can speak to God without formalized, fancy words and without memorization. We can cry out to Him in our own words, whether in desperation or happiness. He wants that!

Most theologians don’t believe Jesus meant for His example of the Lord’s Prayer in Matthew 6:9-13 to always be followed word-for-word, memorized to the point that we don’t think about what we’re saying. He might have meant just to be sure we include all those steps:

Praising (acknowledging) Him for who He is;
Asking for what we need daily without greed;
Praying that we are as forgiving to others as He is with us;
Asking that He protect us from giving into sin;
And lastly, acknowledging that all this is for His kingdom.

That’s what faith and worship are. ■

Did you know that you can be sure of going to Heaven?
Ask the Lord to come into your heart in a prayer similar to this: Lord, I’m a sinner who needs you. Come into my heart and help cleanse me. Give me the life You know is best for me. In Jesus name, Amen.

Unless otherwise noted, all verses used herein are taken from the New King James version.

See a little about the writer of this post, IFM’s editor Sheryl Young, on the “About Us” page. She is a Jewish believer in Jesus, thereby familiar with the Jewish faith and customs.