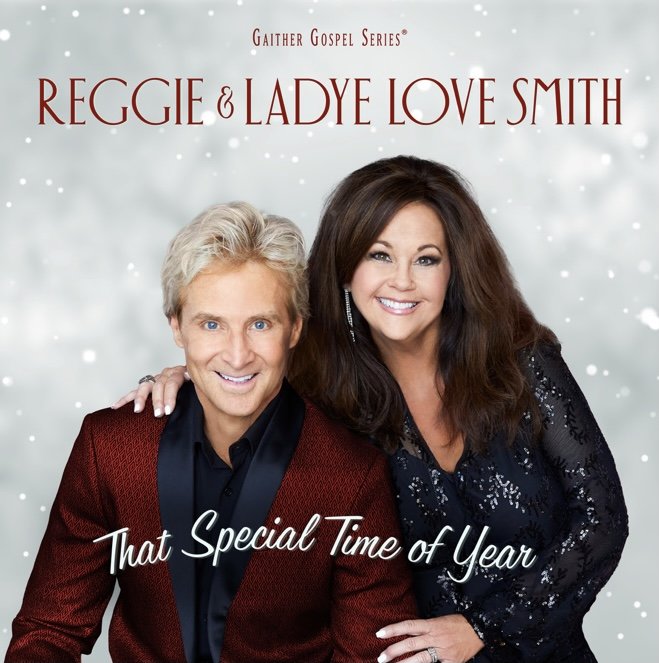 Gaither Music Group has announced the release of the debut Christmas recording from acclaimed vocalists and Gaither Homecoming favorites Reggie & Ladye Love Smith. Featuring a mix of new arrangements and medleys of traditional Christmas songs, That Special Time of Year is available now for pre-sale. A performance video of “Have Yourself a Merry Little Christmas” is available on the Gaither Music TV YouTube channel and on the Gaither Facebook page.

Combining the title cut — a holiday original — with nostalgic classics, the recording, produced by Reggie, includes the duo’s renditions of “What Child Is This?,” “O Come Emmanuel,” and “Away in a Manger,” as well as standards such as “I’ll Be Home for Christmas,” “Let it Snow,” and “Home for the Holidays.”

“These songs are some of our all-time favorites,” says Ladye. “Though the arrangements are unique, the timeless lyrics have been ringing in the Christmas season for many decades. We hope we have given these special songs new life so that the next generation can enjoy them as we have.”

The husband-and-wife team will ring in this season on tour with the legendary Gaither Vocal Band, of which Reggie has been a member since 2017. They have been part of the Gaither Homecoming tours and recordings since 1997. Reggie co-wrote the title song that he says takes him back to some of his favorite childhood memories.

“Our families are very central to both Ladye and me,” says Smith. “She and I grew up with Christmas traditions that we still enjoy like cooking favorite family recipes and reminiscing about family and friends who are no longer with us. When Ladye whips up one of her mom’s special dishes or we hang an ornament, those things spark precious memories. And that’s what the song ‘That Special Time of Year’ is all about.”

As a duo, the Smiths have performed in over 30 countries and at some of the most prestigious venues in the world including the Super Bowl, New York’s famed Carnegie Hall, and the Kremlin in Moscow. They have shared the stage with some of the most iconic artists in pop, country, and gospel music including Dolly Parton, George Jones, Lee Greenwood, Brenda Lee, Ricky Skaggs, Sandi Patty, Larnelle Harris, and Patti LaBelle, and many more. They have been part of the famous Opry Singers at the Grand Ole Opry, featured as vocalists at Billy Graham Crusades, and sung on movie soundtracks of award-winning films.

That Special Time of Year is available today for pre-sale/pre-save at online accounts, retail stores and at Gaither.com; individual music videos from the release will be available at all digital streaming accounts. Visit this link: Reggie and Ladye Love Smith or Amazon, Apple, Spotify, Pandora, and other streaming platforms. The new release is distributed by Capitol Christian Music Group and Universal Music Group.