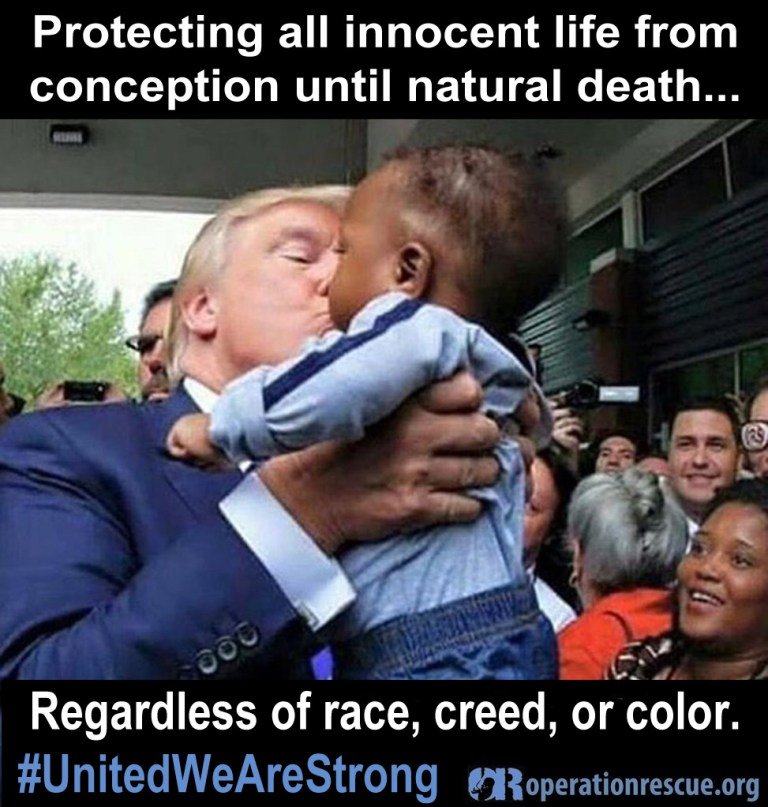 During President Trump’s Administration, he has done more to protect unborn lives than any other President in U.S. History.

When he first took office, he immediately set out to defund those that promote abortion worldwide. He established policies at the Department of Health and Human Services that completely changed the philosophy of government from one that favored abortion businesses like Planned Parenthood, to one that promised to protect life “from conception until natural death.”

Most recently, the Trump Administration withheld $200 million from the State of California for requiring all health insurance policies to include abortion coverage, which forces those who object to fund abortions.

Earlier this year, President Trump pulled out of the pro-abortion United Nations’ World Health Organization.  The WHO is one of the world’s top promoters and funders of abortion internationally.

About Operation Rescue®
Operation Rescue is one of the leading pro-life Christian activist organizations in the U.S. Its goal is to expose abortion abuses, demand enforcement, save innocent lives, and build an Abortion-Free America.