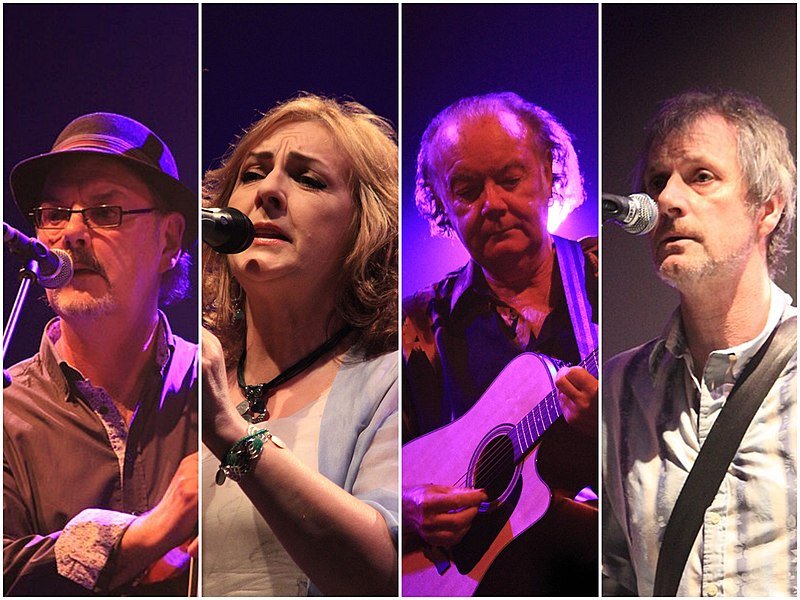 Clannad to Release New Album in September– First Since 1998

Clannad has announced plans to release the band’s first album of new material since 1998’s Grammy-winning Landmarks, and the first with the full original line-up since 1989’s Past Present. The new project is scheduled for release in September 2013.

Clannad – siblings Moya, Ciaran and Pol Brennan, and their twin uncles Noel and Padraig Duggan – began recordings this week. Pol had previously left Clannad following the release of Past Present, but returned to the band in 2011 to perform a special concert at Dublin’s Christ Church Cathedral, which was released on CD and DVD early in 2013, also through ARC Music. The reformed line-up have been touring globally over the last several months and are planning an even more extensive worldwide tour to coincide with the release of the new album.

Moya Brennan is well known for her work as a solo artist in the Christian music industry.

ARC Music’s Artistic Director Julia Beyer says, “We are very pleased to be working with Clannad again for their new album, following our release of their live album and DVD Christ Church Cathedral earlier this year. We are sure that the new album will delight Clannad’s fans as well as winning them many new ones – what better way to celebrate the band’s 40th anniversary year.”

The new album marks the next chapter in Clannad’s legendary career, which has already spanned forty years. In that time Clannad has been responsible for timeless music such as ‘Theme From Harry’s Game’, ‘In A Lifetime’, ‘I Will Find You’ and the soundtrack to the ‘Robin of Sherwood’ TV series. Their music entwines the traditional and the modern, the past and the future, with stunningly beautiful results. The band’s record sales exceed fifteen million since the release of their eponymous debut in 1973. Towards the end of the seventies they recruited their younger sister on piano and harmony vocals. She worked on two albums and several tours with them before going on to establish her own highly successful solo career as Enya. During those early years the band developed their trademark sound, immediately identifiable by anyone who has ever heard it, which has earned them legions of fans in the incredibly successful years since.
Julia Beyer added, “Clannad continues to tour and to captivate audiences all over the world, and this new album further cements their legacy as one of Ireland’s most enduring and influential music acts.”

Clannad’s new album is due out in September.