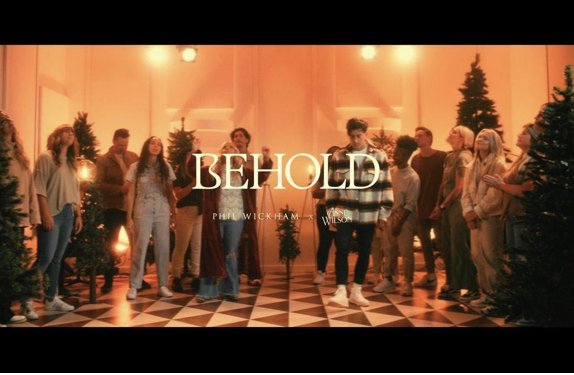 Wickham debuted the video on his socials today, and it can be seen here.

“What a joy it is to release my new Christmas single ‘BEHOLD,’” shares Wickham. “I love how this song balances both new and familiar Christmas lyrics, and I can’t wait to sing this one with the church. I wrote ‘BEHOLD’ last Christmas season, and I knew that I wanted someone to join me in singing it. When I heard  “My Jesus,” I knew I had to have Anne sing with me. Thanks to the very talented Anne Wilson for joining me on it. It is going to be so special to do these Christmas shows with her. They are going to be powerful!”

Wilson also be joining Wickham on several “BEHOLD – Christmas Nights” tour dates as well, kicking off December 8th with a sold out show in Sacramento.  For all touring details, please visit https://philwickham.com/tour/.

Who Is Phil Wickham?

His latest project, Hymn of Heaven (June 25, 2021, Fair Trade Services), was written during a year when the family of God couldn’t physically gather in houses of worship around the world. “Hymn of Heaven is full of praise and thankfulness, just lifting up the name of Jesus and speaking what we really know the reality is even though we don’t see it,” he says. “All I want to do is facilitate moments where people can encounter the presence of God.” Phil Wickham just released his new Christmas single “Behold” with special guest Anne Wilson.

Kirk Franklin’s The Night Before Christmas on Lifetime Dec. 10