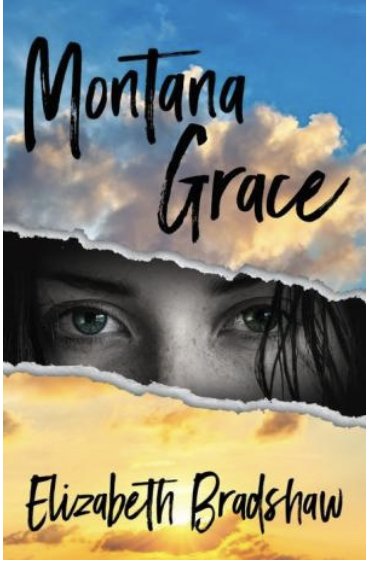 ~ Montana Grace, the first offering from author, Elizabeth Bradshaw, is an emotional look at the devastating effect of sex trafficking on families and the healing power of forgiveness. ~

In 1995, a young woman fresh out of college and new to Nashville by way of Wyoming, came to work at Christian Activities. For five years Beth Miller (Elizabeth Bradshaw) designed ads, helped launch Christian Activities online, and took care of anything technical. She also began writing occasional concert reviews and eventually had her own column, “Beth’s Beat.” Check out some of her articles below.

Several years later, she married and started a family and was no longer on staff, but she had become a close friend by then, and since she still lives in Middle Tennessee, we have remained in touch and meet for lunch on occasion. I was excited when she sent me a copy of her first book, Montana Grace. This look into the seedy world of sex trafficking is a strong first offering and well worth reading.

Elizabeth Bradshaw sat down and answered some interview questions about her debut book Montana Grace for Christian Activities readers.

Your new book Montana Grace deals with sex trafficking, specifically of children. In your Author’s Notes, you describe a dream that was part of your inspiration for the book, but when and why did you begin researching sex trafficking?

That’s a great question I’m not actually sure I can answer. Fourteen years is a long time. I know I was reading several blogs around then, and I have a very clear memory of going to a large bookstore in Murfreesboro looking for research only to come up empty. There was almost nothing there that day in the spring of 2008. Early 2009 saw the release of Liam Neeson in Taken, which opened the conversation wider. Since then, I have found much to dig into, including the books on the Franklin, NE scandal and several testimonial stories from women who have lived the horror. I have also met with victims and people who work with them.

Tana and Tate speak to each other and treat each other much  the same way Millie and her husband do. Is there a particular inspiration behind this dynamic?

Probably more of an ideal than inspiration. I mean, I guess the inspiration would be the ever present influence of the 1980s television show Hart to Hart. The respect the couple shows each other has been a lifelong goal, which I fall short of, you can ask my husband. It’s far easier to write it than to live it.

What was the inspiration for the character, Millie?

One of the first Christian mentors I had was a professor in college. I was a baby Christian at the time, in my first two years of following the Lord. This lady has such a sweet gentle spirit about her that draws people to her. She also has a true love of the hymns. I combined those aspects with the kindness and gentleness of my own mother. When I envisioned how trauma can change people, my goal was to show the softening of the heart only time with the Holy Spirit can bring, and these two women embody that for me.

Why did you decide to arrange most of the sections of the book out of sequence?

Much of that was from the scenes as they would play out in my head. I had a loose idea where I wanted one storyline to go, and another storyline would jump up and demand attention before I fleshed out the first. This made fully connecting everything a puzzle for me, as I wrote it. I also wanted to create an atmosphere of mystery, and keeping people guessing where everything fit seemed to do that well.

What would you say to parents is the most important thing they can do to protect their children from sex trafficking?

Pay attention! Put your phone away, and notice the things going on around you and around your children. It happens every day, and multiple times a day, so to the best of your ability know who your kids are with and where they are at all times.

What is the most important takeaway you want people to get from Montana Grace?

I started writing a book on sex trafficking with the idea of exploring how Jesus can effect trauma. The Lord took me on a journey to discover forgiveness. I believe working out forgiveness of those around us is largely the big picture we all need to step back and view.

Are you working on another book? If so what is it about?

I have lots of ideas running around in my head, but not much started yet. I would like to take Montana and Tate on another adventure, or maybe even two. I am also working on a project with a friend who has boots on the ground with kids in rough situations. I feel a bit like a kid in a candy store with all the fun things I can see coming. However, as a mom of six, and four still at home, I’m having to schedule my writing time, which can make creativity either explosive or very dry. It’s frustrating to be mowing the lawn and have all these ideas run around in my head, and not be able to put them down. Then you sit at a keyboard, and nothing wants to flow. It’s a new level of trusting the Lord, that when the timing is right, the story will come together beautifully.

Montana Grace can be preordered through local bookstores or through links (Barnes & Noble, Target and Amazon) on  https://www.montanagrace.com/