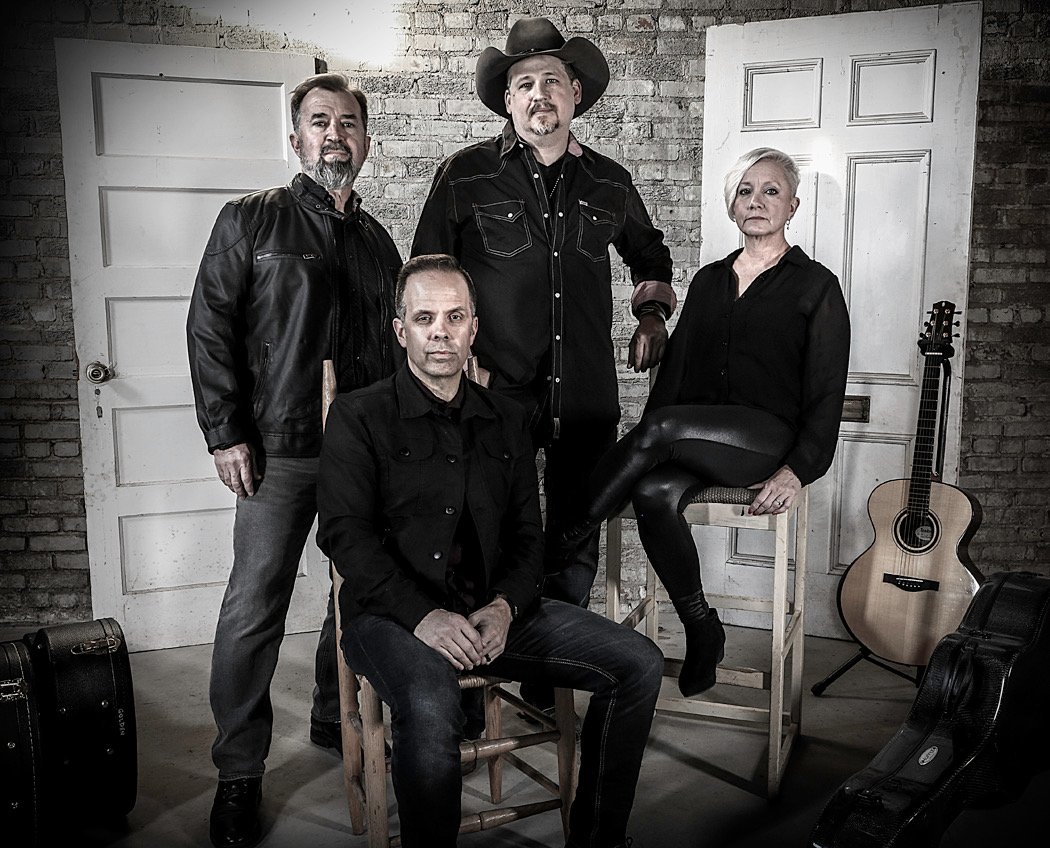 Christian country vocal group Midwest Meets Manhattan are scheduled to release their self-titled debut album on April 20, 2020. Made up of Dave Romero, Chad Little, Diane Clark, and Scott Clark, the group recently expanded from a duo to a foursome. The full-length debut album follows dual singles first released in 2018.

Chad and Dave first found significant success a little more than a decade ago as CO3, climbing the Christian radio charts with their rich harmonies and pop-country sound. But the road took a toll, and the guys eventually returned to other passions to spend more time with their young families.

Over the next several years, Dave would go into full-time ministry, while Chad founded Ethos Custom Brands, a high-end leather goods company that has attracted a cult following for their American-made products attracting celebrity clientele such as Garth Brooks, Taylor Swift, Carrie Underwood, Vince Gill, Imagine Dragons and many more.

By the fall of 2015, music was calling again. Dave and Chad began to think about a potential reboot. In 2017, they sang together for the first time in nearly a decade, picking up right where they left off.

The following year found the guys reunited as Midwest Meets Manhattan, creating new music with producer Sal Oliveri (Pink, Parmalee) at the helm. The recording sessions led to the release of two singles, “Restored” and “The Place.”

With new music in place, the rebranded duo reemerged on the concert stage. Scott and Diane Clark performed background vocals at their first live show in November of 2018, and they quickly became vital to the team as songwriters,  visionaries and vocalists. Scott eventually assumed a managerial role for the band, while Diane began working extensively with Dave on harmonies and musical arrangements. Before long, ten more songs were ready for the studio.

“​I guess we never really thought of Midwest Meets Manhattan being just the two of us, like before,” says Chad. “In fact, I have always loved the band idea, you know, like The Eagles. So in that light, maybe me and Dave are like Henley and Frye, the core or foundation of the band, but we really love the exploration with other voices and of course, the comradery!”

“We are a vocal band at our core,” says Dave. “The songs include tight harmonies, great melodies and are country-rock in genre. Our music has a message and our fans will find it positive and inspirational.”

The group’s debut album, Midwest Meets Manhattan, is set for release in the midst of a global pandemic. And while the group considered adjusting the release schedule, they ultimately decided that the time was right to deliver new music.

“With all the craziness in our world, we feel this collection of songs is perfect for release right now,” says Scott. “We all need to be inspired, to be uplifted, and these lyrics and melodies will definitely do just that.”

The full-length album is available wherever digital music is sold. For more information, visit www.midwestmeetsmanhattan.com.