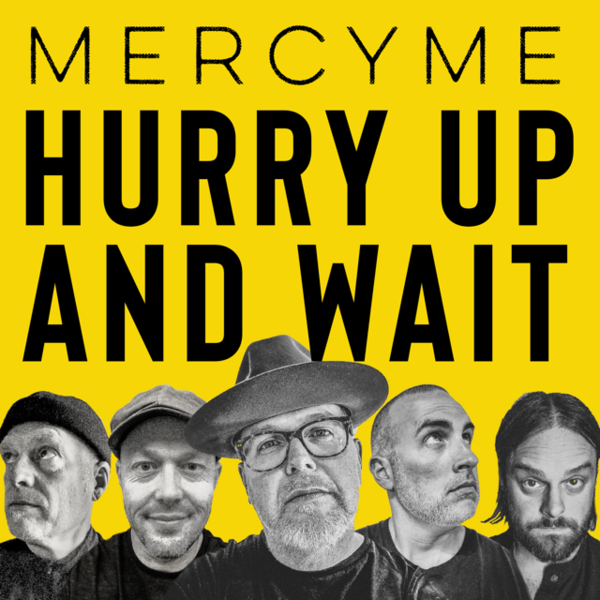 MercyMe “Hurry Up and Wait”

“’Hurry Up And Wait’ is a new song we started well over a year ago,” comments MercyMe lead singer Bart Millard. “We didn’t plan on it taking this long to get out, but it is pretty timely that it’s finally ready.  It reminds us that those who wait on the Lord will renew their strength. I know we can all use a little extra strength these days.”

Alongside the new track, MercyMe will simultaneously premier a music video and lyric video during a Facebook Live and YouTube livestream event today at 4pm EST. Following back to back successful spring and fall 2019 Imagine Nation Tours, MercyMe completed much of  their MercyMe 20/20 Tour this spring, which featured Jeremy Camp and David Leonard.  All tour dates that were postponed can be found at mercyme.org.

2019 reaped both GRAMMY® and Billboard Music Award nominations for MercyMe, all following the box office shattering film I CAN ONLY IMAGINE inspired by frontman Bart Millard’s real-life story behind the beloved MercyMe song.

The group gained mainstream recognition with their crossover single, “I Can Only Imagine,” written after the death of Bart Millard’s father, which carried their debut album, Almost There, to triple platinum certification. Since then, the group has released eight additional studio albums and a greatest hits album, 10. Six of their albums have certified gold. MercyMe has had 13 consecutive top 5 singles on the Billboard Christian Songs chart, with 7 of them reaching No. 1. MercyMe has won 8 Dove Awards and had multiple Grammy Award nominations. MercyMe’s “Hurry Up and Wait” releases today.