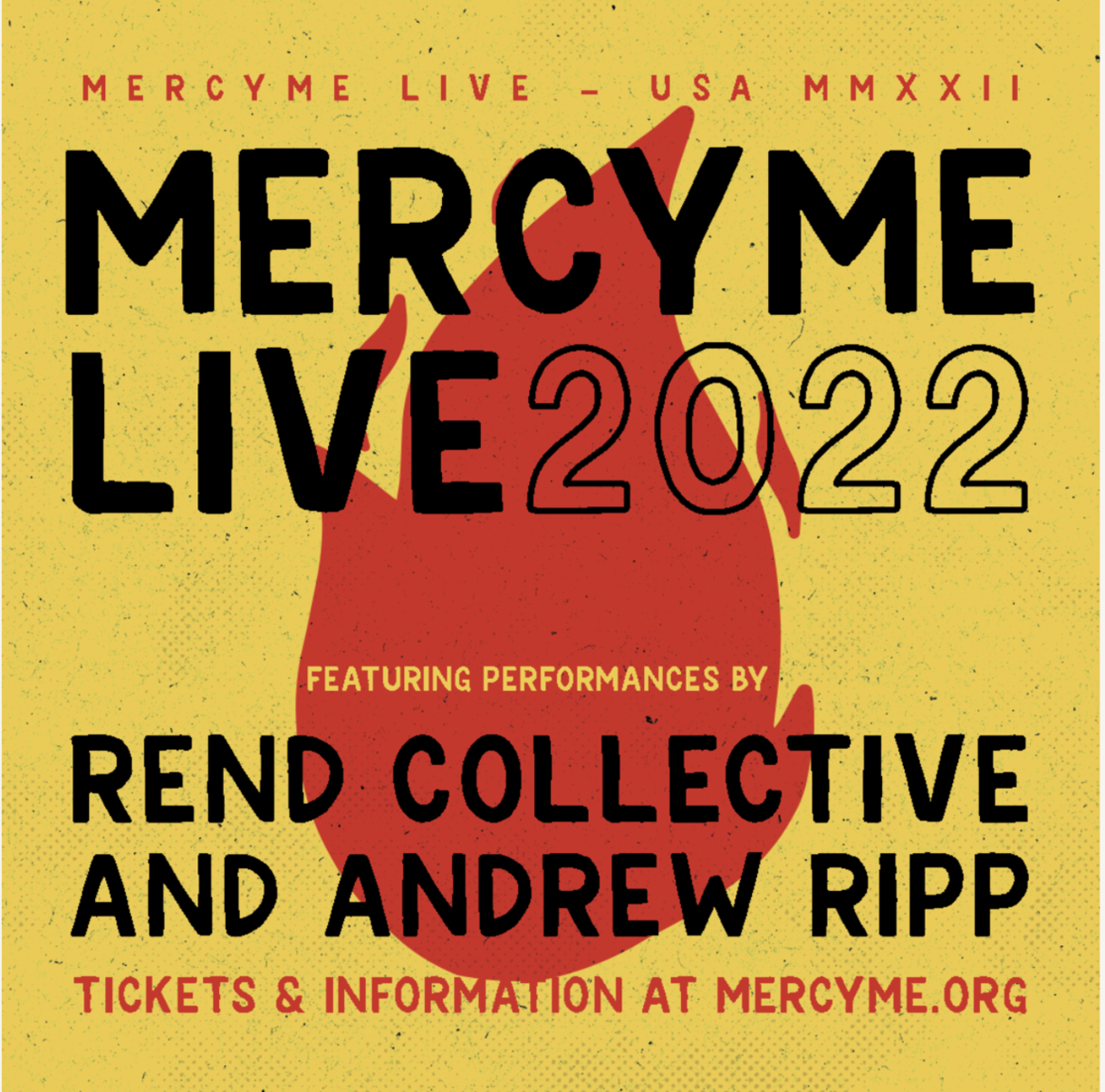 The touring news arrives on the heels of the group’s latest single, ‘Then Christ Came.’ The song officially went for adds at radio this past Friday (7/8), with early support from nearly 30 stations including SiriusXM/The Message, KTIS/Minneapolis, WONU/Chicago, KJNW/Kansas City, and WPOZ/Orlando.

Two years in the making, “Then Christ Came” was originally slated for MercyMe’s tenth studio album, inhale (exhale). However, frontman Bart Millard and his co-writer, David Leonard, didn’t finish the track in time. Yet, knowing it was already a special song, the band included a brief, incomplete demo of the chorus on their latest project. Recently, Millard revisited the lyrics and finished the song with friends Jason Ingram and Phil Wickham.

“We are just so excited with how it turned out,” Millard shares of the hard-fought offering. “Sometimes we over-complicate things trying to come up with new, creative ways to sing about Jesus. But the message of this song is simple in that it’s about who I was before, and then Jesus showed up, and now everything has changed. We love how it turned out and hope you like it, too!” Listen to “Then Christ Came” across all digital platforms HERE.

The award-winning group will bring their new single, as well as many chart-topping hits, directly to fans on the upcoming leg of the “MercyMe Live 2022” tour. Moreover, ahead of their fall trek, MercyMe will return to Red Rocks for one night only, Oct. 17, 2022. The engagement will mark the band’s second time to headline the iconic venue.

*All dates and cities subject to change.

It continues to be a landmark time for the multi-platinum selling, GRAMMY® nominated, multiple American Music Award, Billboard Music Award and Dove Award winners MercyMe. They were recently named Billboard’s Top Christian Artist of the 2010 decade, and in 2020 received their eighth American Music Award nomination. A major motion picture based on the life of frontman Bart Millard who wrote the mega-hit song “I Can Only Imagine” after the loss of his father, opened at a remarkable No. 3 at the box office on Mar. 16, 2018 (Lionsgate, Roadside Attractions). In conjunction with the movie release, Millard penned a memoir and the band released a collection of hits titled I Can Only Imagine – The Very Best Of MercyMe. In 2018 MercyMe was named Top Christian Artist at the Billboard Music Awards, was the top winner at the fan-fueled K-LOVE Fan Awards including a win for Artist of the Year, and was the GMA Dove Award Winner for Artist Of The Year. Since their debut in 2001, the band has sold more than 9 million units in CD, single and DVD sales, garnered more than 48 No. 1 multi-format radio singles, and had four consecutive mainstream radio hits. MercyMe made history in 2014 as “I Can Only Imagine” surpassed 2 million digital downloads, making it the first song in Christian music to go platinum and double-platinum in the digital domain. The song has now gone 4x platinum. In 2009, Billboard named MercyMe’s “Word Of God Speak” the No. 1 Song of The Decade and the group the No. 1 Artist of the Decade in both the Christian Songs and Christian AC Songs categories, recognizing them as one of the industry’s most notable talents. They have sold out venues throughout the US and Canada, including Radio City Music Hall, Red Rocks Amphitheatre, and have appeared on the Macy’s Thanksgiving Day Parade, Good Morning America, GMA3, The Today Show, CBS This Morning, FOX New Channel’s FOX & Friends, CNN, ABC News and in the pages of Entertainment Weekly, The New York Times, USA Today and more. Their tenth album, inhale(exhale), is available now, as well as their latest single, ‘Then Christ Came’

Get Connected with MercyMe: