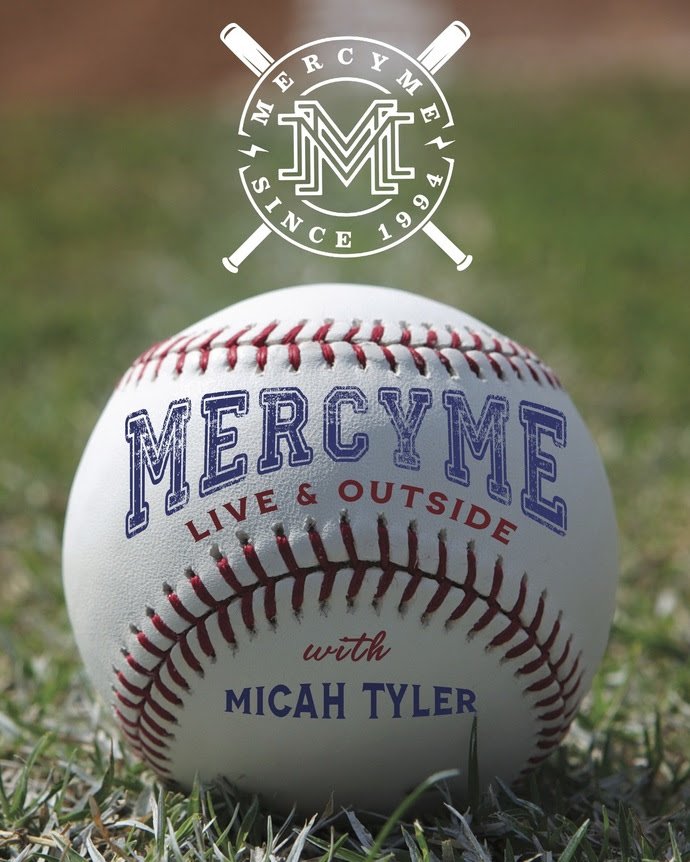 GRAMMY® nominated, multiple American Music Award, Billboard Music Award and Dove Award-winning band MercyMe has announced their upcoming Live and Outside Tour.  Following two sold out Show’tel Amelia Island performances earlier this month where fans escaped to the beachfront luxury of The Ritz-Carlton to see the band, MercyMe is excited to hit the road for their first tour since March 2020.

With the first few shows on sale Friday, April 2nd (see dates below), MercyMe will take over minor league baseball stadiums across the U.S.  All events will be outside and follow local/state COVID guidelines.  For ticket information visit www.mercyme.org.

MercyMe Live and Outside Tour

MercyMe’s Live and Outside Tour (more dates to be added soon):

MercyMe also recently announced the release of their next studio album, inhale (exhale) which will hit April 30, and it is available across all DSPs for preorder now. The project’s fast-rising current radio single “Say I Won’t,”  is currently #5 on the Billboard National Christian Airplay chart and #6 on the Mediabase Christian Audience chart, is spinning on a vast majority of Christian radio stations across the country.The track is a potent declaration of faith and perseverance colored by tragedy. Gary Miracle, a longtime friend that worked with MercyMe for many years, contracted an infection that resulted in having both his arms and legs amputated. His indomitable spirit in the face of such challenges was inspiring.  Good Morning America’s third hour, GMA3, will be featuring MercyMe and Miracle in a special segment on April 15th. FoxNews.com originally premiered the song’s powerful music video last December, and the band also performed on FOX Nation’s special episode of Ainslie’s Bible Study, A Concert for Christ.

It continues to be a landmark time for the multi-platinum selling, GRAMMY® nominated, multiple American Music Award, Billboard Music Award and Dove Award winners MercyMe. They were recently named Billboard’s Top Christian Artist of the 2010 decade, and in 2020 received their eighth American Music Award nomination. A major motion picture based on the life of frontman Bart Millard who wrote the mega-hit song “I Can Only Imagine” after the loss of his father, opened at a remarkable No. 3 at the box office on Mar. 16, 2018 (Lionsgate, Roadside Attractions). In conjunction with the movie release, Millard penned a memoir and the band released a collection of hits titled I Can Only Imagine – The Very Best Of MercyMe. In 2018 MercyMe was named Top Christian Artist at the Billboard Music Awards, was the top winner at the fan-fueled K-LOVE Fan Awards including a win for Artist of the Year, and was the GMA Dove Award Winner for Artist Of The Year.  Since their debut in 2001, the band has sold more than 9 million units in CD, single and DVD sales, garnered more than 48 No. 1 multi-format radio singles, and had four consecutive mainstream radio hits. MercyMe made history in 2014 as “I Can Only Imagine” surpassed 2 million digital downloads, making it the first song in Christian music to go platinum and double-platinum in the digital domain.  The song has now gone has gone 4x platinum. In 2009, Billboard named MercyMe’s “Word Of God Speak” the No. 1 Song of The Decade and the group the No. 1 Artist of the Decade in both the Christian Songs and Christian AC Songs categories, recognizing them as one of the industry’s most notable talents. They have sold out venues throughout the US and Canada, including Radio City Music Hall, Red Rocks Amphitheatre, and have appeared on the Macy’s Thanksgiving Day Parade, Good Morning America, The Today Show, CBS This Morning, FOX New Channel’s FOX & Friends, CNN, ABC News and in the pages of Entertainment Weekly, The New York Times, USA Today and more. MercyMe is set to release inhale (exhale) on April 30. The MercyMe Live and Outside Tour kicks off on May 21 in Chattanooga, TN.