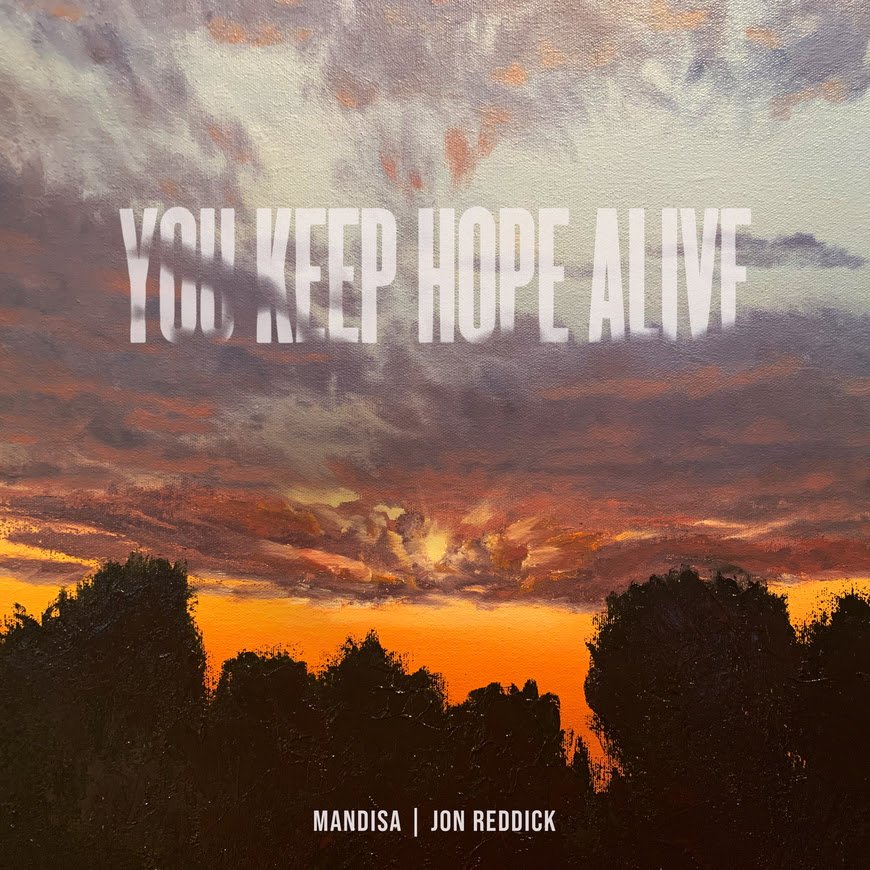 “With everything happening in our world today, the timely message of ‘You Keep Hope Alive’ is a declaration to our souls that God is still on His throne, and specializes in bringing beauty from ashes,” Mandisa says. “My prayer is that God will use this song to remind us, His children, that our hope is alive because our Savior, Jesus, is alive.”

Mandisa kicked off 2020 with the release of her first single of the year, “Way Maker.” The track was Mandisa’s first single to release following her chart topping 2017 album Out of the Dark which featured the radio hits “Unfinished” and “Bleed the Same (feat. Tobymac, Kirk Franklin).”  She recently joined DJ Maj in hosting some of his Virtual Family Dance Parties in May.

Her 2013 Overcomer debuted at No. 1 on the Billboard Christian Albums Chart and earned Mandisa a GRAMMY.

With more than 1.6 million records sold, GRAMMY® winner and American Idol Season 5 finalist, Mandisa is a voice of encouragement and truth to people facing life’s challenges all around the world. In less than a year, Mandisa performed her three RIAA Certified Gold hit singles “Overcomer,” “Good Morning (feat. TobyMac)” and “Stronger” on ABC’s Good Morning America (GMA). “Stronger” became an anthem, creating opportunities such as welcoming the emotional return of beloved morning host Robin Roberts and an invitation to perform the national anthem during a Sunday night NFL Network game to kick off Breast Cancer Awareness Month. Her 2013 GRAMMY® award-winning album Overcomer debuted at No. 1 on the Billboard Christian Albums Chart. The album’s title track proved to be a smash at radio and earned the GRAMMY® for Best Contemporary Christian Music Song.

Mandisa released her debut album in 2007. She won her first career Dove Award for Pop/Contemporary Album in 2014.

Also a 2-time K-LOVE Fan Awards co-host, Mandisa debuted her latest chart-topping album Out Of The Dark alongside sharing the moving story of her fight with depression for the very first time on GMA as well. The latest 15 track collection includes notables such as the top 5 hits “Unfinished” and “Bleed The Same (feat. TobyMac, Kirk Franklin).”

Who Is Jon Reddick?

Jon Reddick is a Gotee recording artist, worship pastor and songwriter. He has a heart for the church and the songs that pour out from congregations into world. Throughout his writing career he’s intentionally composed lyrics that speak about redemption and hope in a way that impacts cross cultural narratives of a generation hungry for healing. Finding hope through music has long been part of Reddick’s makeup.

Growing up the son of a pastor and the church pianist in Memphis, TN, music was woven into Reddick’s DNA from the start. During college, he cut his songwriting teeth writing songs for and leading a contemporary gospel group. After his college years, Reddick got into church work, leading worship for a church in Memphis and eventually making his way to Texas. In both places, Reddick leaned in to bridge-building across racial and generational lines, working to bring churches and cultures together under one faith umbrella. “At one of my first jobs in full-time church ministry, I led this generationally diverse choir filled with people ranging from 18 years old to 70 years old. We would fuse hymns and contemporary gospel. I wanted to try and bring people together no matter what theirdifferences were, wanted people to go to church and not just sing songs, but find something they could engage with and have a true experience.I wanted to reach across the lines.”In addition to being a talented musician, Reddick is also a creative visual artist. In a fusion of his artistic and musical sides, one of his paintings is the single cover for his debut song, “You Keep Hope Alive.” After years of leading worship, writing songs for the church and even touring with other artists, Reddick is now ready to pour all of his experience and passion into his own songs. “I just want to be a conduit to help people reconcile themselves with God and each other,” Reddick says. “I want to bring people together. I consider it an honor and a privilege to get to lead people in the transparency of worship.”

Mandisa’s “You Keep Hope Alive,”  penned by Reddick, is available through all DSPs everywhere today.   The lyric video is also available now.