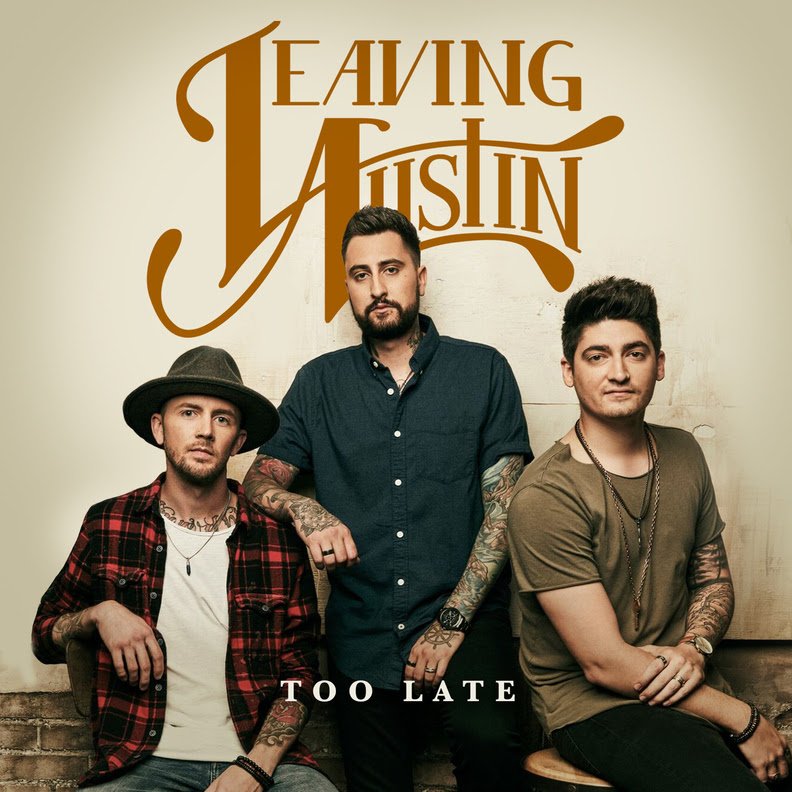 Nashville residents Leaving Austin has premiered a brand new single, “Too Late,” along with a lyric video.  Sea Gayle Music & BMG Nashville’s Leaving Austin is comprised of Austin Machado, Davis Forney and Michael Stevens. The trio is originally from Visalia, California, a small farming town nestled in the far corner of the Sierra Nevada Mountains. The band was raised on the importance of faith, family and hard work. “Too Late” is the first of a bevvy of new music the band will release in 2020.

“’Too Late’ was our first write with two of our now friends, Nate Cyphert and Will Weatherly, and we definitely wanted something that was uptempo, but a little edgy, too,” the band explained to Sounds Like Nashville. “The melody and vibe of ‘Too Late’ got us all instantly hooked! The energy in the writing room that day definitely translates into this song. It’s the story of two people being at a party they don’t want to be at because all they want is to get away and chase the night together. We’ve all been through that. Sometimes you gotta say it before it’s too late.”