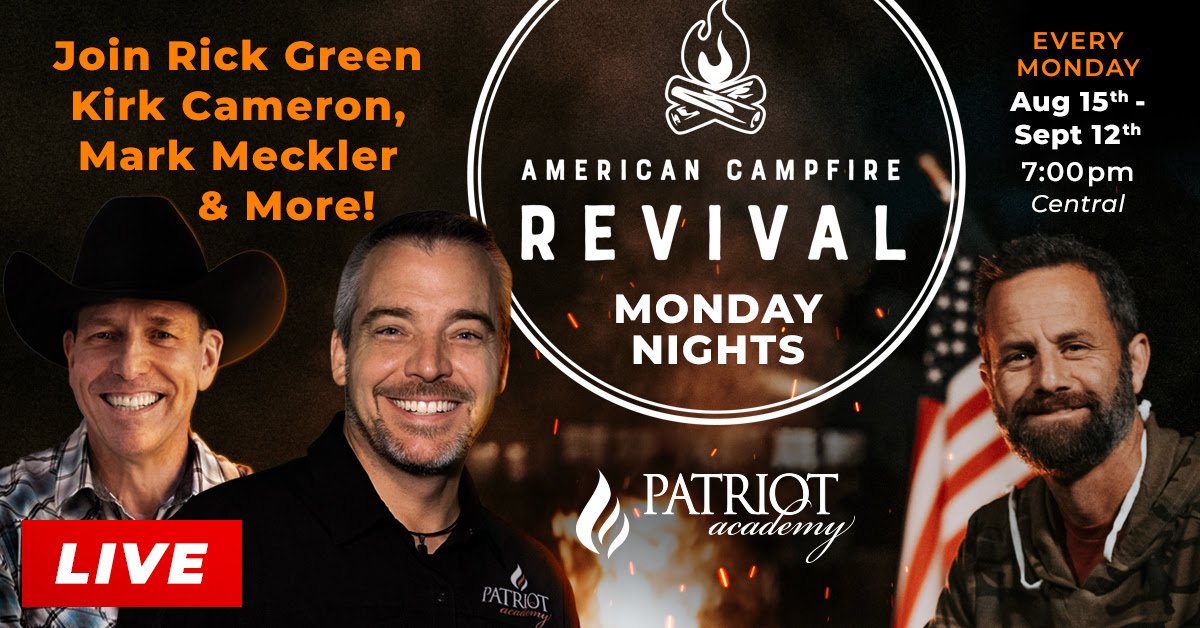 Last night on the American Campfire Revival Class #2, actor Kirk Cameron announced and discussed his latest movies, “Lifemark.” An obviously enthusiastic Cameron revealed this was the first time he has partnered with the Kendrick Brothers since his 2008 film, Fireproof. The former “Growing Pains” star claims “Lifemark” is the brothers’ “best movie yet,” saying everyone he has talked to who has had the opportunity to preview the movie has been very moved by the film, talking about their own tears and laughter while viewing it.

“Lifemark,” tells the true story of a teenage boy whose birth mother, who gave him up for adoption 18 years prior, contacts him out of the blue. The movie portrays the decision of the 18-year-old girl, seconds away from having an abortion, stopping the procedure to choose adoption instead. The pro-life film will be in theaters nationwide Sept. 9-15.

Cameron stated the film was delayed due to COVID, but is now going to release in God’s perfect timing… right after Roe Vs. Wade has been overturned.

Cameron’s own wife, Chelsea, and four of his six children were adopted.

“Think about this,” the actor told CBN recently. “My wife was one doctor appointment away from not existing and our four [adopted] children were also this close to not existing. And if my wife hadn’t been born, neither would our two natural-born children. So all six of our kids and my wife wouldn’t be here if people didn’t value their lives while they were in the womb so that they could grow into these beautiful and amazing people that they are.”