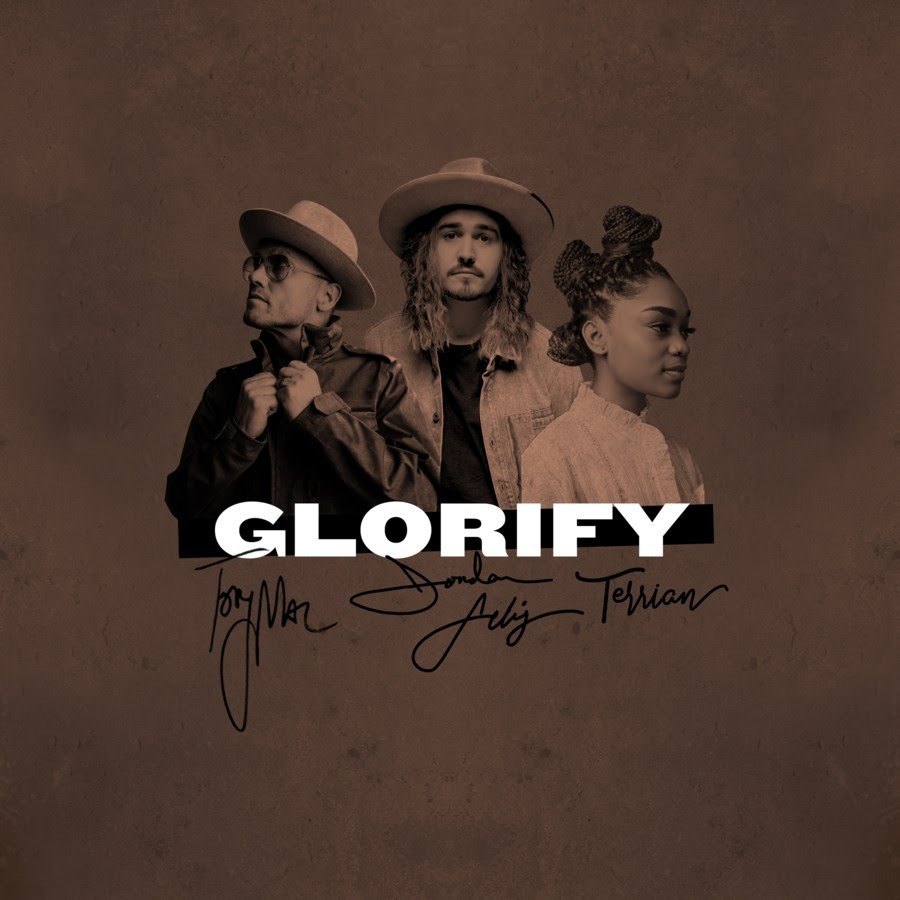 The first single this year from Gold-selling, Dove Award-winning pop recording artist and songwriter Jordan Feliz, “Glorify,” became the No. 1 Most Added track at Christian radio following its release last month. This week, seven-time GRAMMY winner and multi-Platinum selling artist TobyMac and new Gotee Records artist Terrian offer their Bryan Fowler-produced vocals on the remix of the song set to debut this Friday, July 10, and available to preorder now from Centricity Music.

With the original album version available now at digital and streaming outlets everywhere, “Glorify” follows a string of No. 1 and top 10 charting, pop-centric singles like “Witness,” “Changed” and “Faith” from Feliz’s Billboard No. 1 Top Christian Album, Future. Leading many of these songs while on tour with TobyMac in previous years, and singing “See The Light” (feat. Jordan Feliz) (RUSLAN Remix) on this industry icon’s The St. Nemele Collab Sessions released last year, Feliz finds TobyMac returning the favor, singing a verse on this week’s “Glorify” remix release with additional backing vocals by Terrian.

“I don’t know if I’ve ever been as excited for a song as I am for this one,” Feliz says of the current single. “Glorify means ‘praise and worship,’ but the sub-context of the word actually is to acknowledge and reveal the majesty and splendor of God by one’s actions. For me, coming out of this hard season of anxiety, stress and messed up priorities, now all I want my life to do is to glorify. I want to reveal the majesty of God by my actions.”

Feliz wrote the fresh track with Jordan Mohilowski and longtime collaborators Colby Wedgeworth and Paul Duncan. Together, Wedgeworth and Mohilowski also co-produced the single. Sonically, with its healthy blend of pop, gospel and soul, “Glorify” forms a sturdy bridge between Future and Feliz’s next studio release, due in 2021.

Who Is Jordan Feliz?

About Jordan Feliz: Centricity Music recording artist Jordan Feliz quickly became a household name when his first radio single, “The River”—the title track from his critically-acclaimed debut—became a smash hit. Spending an unprecedented 12 weeks at No. 1, the chart-topping single was named ASCAP’s “Christian Music Song of the Year” and garnered Feliz his first Gold certification. Thanks to his charismatic vocals and signature blend of soulful pop, each of his five subsequent radio singles has landed in the Top 10 with “Witness” notching a second No. 1 for the singer. In addition, the California-native has been nominated for five Dove Awards, taking home the trophy for 2016’s “New Artist of the Year.” Amassing more than 350K in worldwide consumption, he’s toured with some of the biggest names in Christian music, including TobyMac, for KING & COUNTRY, Matthew West, Michael W. Smith and Crowder, among others; and in a short time, he’s risen to headliner status. Feliz is currently working on his follow-up to his sophomore LP, Future, which debuted at the top of the Billboard Christian Albums chart.