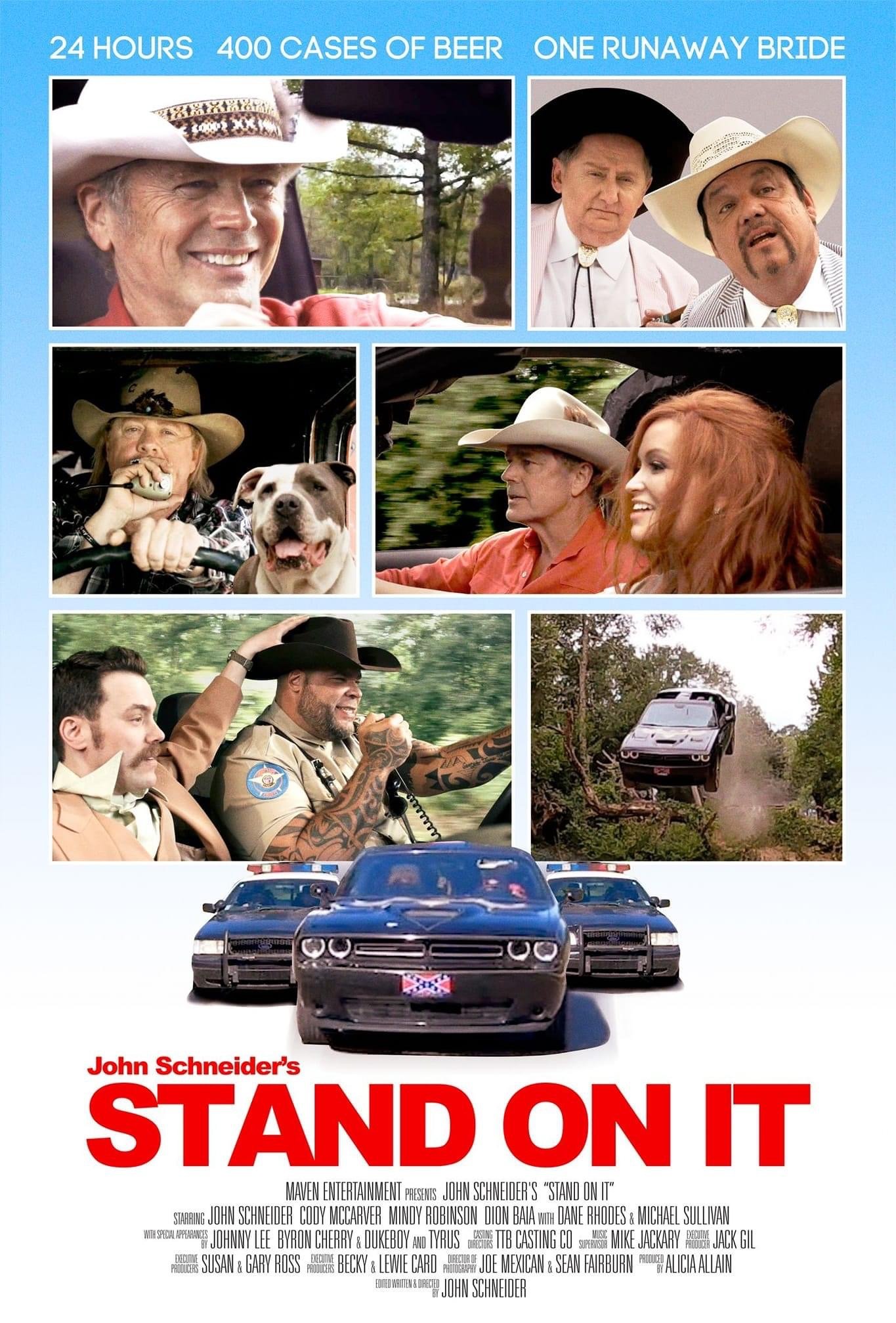 Christian actor and country music chart-topper John Schneider will perform concerts and offer exclusive screenings of “Stand On It” at select drive-in theaters through December.

Actor, filmmaker and country music star John Schneider will premiere his new movie, Stand On It, at drive-in theaters throughout the South in November and December. Schneider wrote, directed and stars in the film, which is a tribute to the 1977 hit, Smokey and the Bandit, the movie where 16-year-old John Schneider got his start as an actor.

Schneider’s wife Alicia Allain produced the new film — their 11th project together. The script’s inspiration came from the couple’s love for the Burt Reynolds’ classic.

“Stand On It” Synopsis

“Stand On It” follows the same general plot as”Smokey.” Schneider’s character, appropriately called “The Duke,” makes a bet with local hustlers that he will deliver 400 cases of beer within 24 hours. If he succeeds, The Duke wins half a million dollars. If he fails, he loses his beloved truck. The movie also boasts car stunts, car chases, a runaway bride and several other nods to “Smokey and the Bandit.”

Watch the Stand On It trailer: https://youtu.be/06Yrn14cBfc

Schneider makes a brief and uncredited on-screen appearance at the end of Smokey and the Bandit, and the story behind his big screen debut has been a fan favorite at his live concerts for years. He also wrote about the experience, and his friendship with Burt Reynolds, in his 2019 autobiography, My Life, My Way.

“We’re so excited to start showing Stand On It,” says Schneider. “And we get to share it with our friends and fans at all of these incredible drive-in venues.”

Stand On It will be available for on-demand streaming at Cineflixdod.com starting on Friday, November 27, which Schneider refers to as “Orange Friday.” Audiences will also be able to watch the film outside and under the stars at the drive-in events, which will feature appearances by cast members from the movie, and performances by Schneider and Cody McCarver (from Confederate Railroad), along with the Stars & Bars Band.

“You’ll get a great live and in-person concert and then see the movie,” says McCarver. “Smokey and the Bandit was huge at drive-in theaters in 1977. I hope with this movie and concert, we kind of take you back in time.”

The Stand On It live events will be held at six classic drive-in’s across Alabama, Tennessee and Virginia, with more dates to be added. Dubbed the “Save The Small Town Drive-In Tour,” the live events kick off November 20th at the Blue Moon Drive-In in Gu-Win, Alabama. Keith Burns from Trick Pony, who also appears in the film, will be performing at this event as well as Charity Bowden from NBC’s The Voice.

“We’re gonna have a great time at our premiere on November 20th,” says Schneider. “This is an excellent way to see the movie. I’m glad a whole new generation is being introduced to the magic of the drive-in experience. I’ve missed it!”