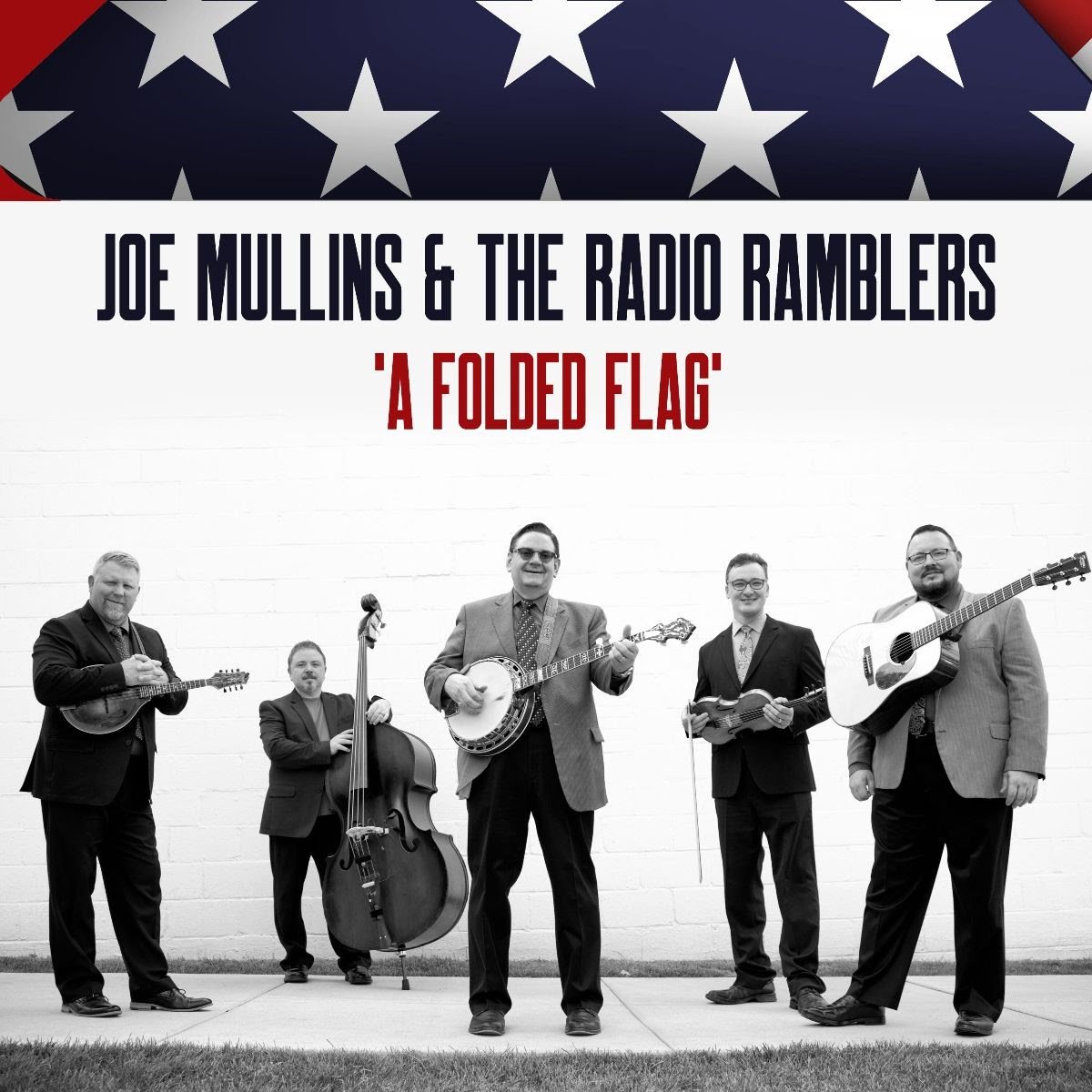 Mullins continues, “Our family is not alone in this experience. Millions have been touched by the same ceremony, and even those who have not witnessed this kind of scene have been touched by the service and sacrifice of millions of Americans in uniform. This is why we have Memorial Day – to remember. JMRR delivers the song in memory of those who have served, whether in war time or peacetime, at home or abroad, and we also dedicate it to the families proud of their dads, moms, sons, daughters, brothers or sisters who have earned A Folded Flag.”

Originally recorded by JMRR on their album For The Record CD (Billy Blue Records, March 2019), this live version features band member Adam McIntosh on the lead vocal and was recorded in November 2019 during Joe’s popular Southern Ohio Indoor Music Festival. It is included on the limited edition vinyl LP of For The Record, which was released in March 2020. The touching song is also available on a video recorded that same November weekend.

Called Entertainers of The Year, the live concert DVD is available on Billy Blue Records, and is named in tribute to the coveted award bestowed upon Joe Mullins & The Radio Ramblers at the 30th Annual International Bluegrass Music Awards in 2019. An exclusive live video of “A Folded Flag” will be presented on Memorial Day by The Bluegrass Situation.

Who Are Joe Mullins & The Radio Ramblers?

Delivering first class entertainment and being deemed one of the busiest bands in bluegrass, Joe Mullins & The Radio Ramblers have consistently delivered authentic, chart-topping and crowd-pleasing music, as evidenced by multiple International Bluegrass Music Association (IBMA) awards including the coveted 2019 Entertainers of the Year. Fronted by the IBMA’s 2016 Broadcaster of the Year, Mullins and the band have made multiple guest appearances on the Grand Ole Opry and recently performed on Larry’s Country Diner for RFD TV. And with personalities that match their music, the entire band is beloved by long-time fans. “Mullins and the Radio Ramblers do not rollick to a style that mimics first generation bluegrassers from Bill Monroe to the Stanley Brothers,” states journalist Tom Netherland in a recent concert review. “Mullins forges his own musical way. He found a theater full of believers in Bristol. His music brought them in, nailed them to their seats and prompted thunders of applause from song to song. So goes the music of substance.”  Joe Mullins & the Radio Ramblers released their latest single, “A Folded Flag,” on Friday, May 22.