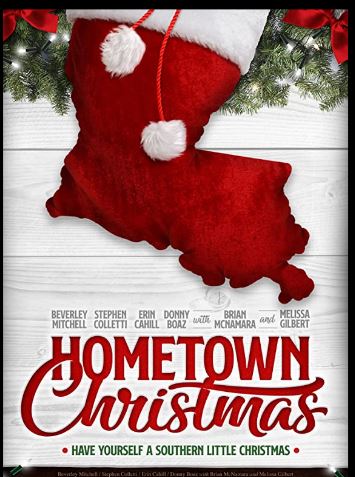 Dr. Noelle Collins (Beverley Mitchell) returns home to Louisiana for Christmas to practice medicine with her father (Brian McNamara). Those plans are put on hold because Noelle hopes to resurrect the town’s live nativity, a tradition that her late mother used to organize.

Picking up marshmallows and hot chocolate for her brother, Noelle runs into her high school sweetheart, Nick Russell (Stephen Colletti), a baseball who left Noelle to pursue his career. Now back home due to a recent injury, Nick finds he is interested in Noelle who is still hurt by their senior year break-up. Noelle quickly learns her father (Brian McNamara) is dating Nick’s mother (Melissa Gilbert) which forces the two together.

Nick shows an interest in the pageant, remembering it fondly from his own childhood, and because several of the kids from his young baseball team are involved in it. When things begin to go very wrong with the production plans, Nick is there to help salvage it. As they work together to save the Christmas show, Nick and Noelle discover they still have feelings for each other and a shared desire to give back to their hometown.

The Christmas pageant that “Hometown Christmas” revolves around is based upon the Bible telling of the birth of Jesus, and several scenes touch on the nativity. While this isn’t fully a faith-based movie, the G-rated film definitely touches on Christian themes as well as holiday themes and is well worth a movie night during the holidays. The acting is good enough to make this standard Christmas fare worth watching and the Christmas story and family-friendly themes make this G-rated film a good choice during the holidays. Much like the film “A Christmas Snow,” “Hometown Christmas was another unexpected movie surprise and was found on Amazon Prime.