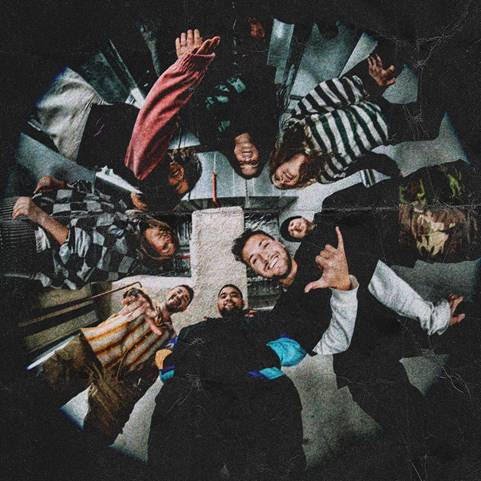 “To us ‘Todos Mis Mejores Amigos’ is more than songs that have been translated. We believe in the power of praise and worship and we know this EP will be a gift to anyone who appreciates the beauty of the Spanish language. In this release we are excited to include the special collaboration single ‘Indescribable’ featuring our friends Un Corazón & WHATUPRG,” shared Hillsong Young & Free’s Melodie Wagner. “For quite some time we’ve been dreaming of how this song could be reimagined and it feels right to come together with not one but two incredibly talented Spanish speaking artists. We love what they’ve brought to this song!“

She adds that as a ministry, they “pray that listeners would open their hearts and experience the presence of Jesus, wherever they are in the world.“

The 8-track EP is the Spanish counterpart of the group’s previous album, “All of My Best Friends,” released on August 28, 2020, including their breakout single “Best Friends” (Hay Otra Salida), which peaked at #1 on the Hot AC chart and remains the highest audio debut of any Hillsong track with more than 6.3 MILLION global streams.

Since forming in 2013, Hillsong Young & Free has released three highly successful albums and more than 20 singles, acquiring over 459 MILLION YouTube channel views and 1.2 BILLION global career streams (with a 700,000 plus global unit career consumption). With a combined social following of 3 MILLION plus fans, Young & Free has seen seven No. 1 career singles and 10 Top 5 singles at Hot AC radio. Their debut album “We Are Young & Free” landed in the Top 25 on Billboard 200 while “Youth Revival” garnered the group its first-ever GRAMMY® nomination for Best Contemporary Christian Music Album (2017). Their recent single “Every Little Thing” hit #1 at Hot AC radio for eight weeks, making it the longest running #1 for the band.

ALL OF MY BEST FRIENDS Track Listing:

GRAMMY® nominated Hillsong Young & Free is a youth movement born out of Hillsong Church in Sydney, Australia. In this 30-year story, they have seen generations of people serving, leading and pioneering movements.

Young & Free is comprised of a collective of young people who come together to make music for youth and young adults everywhere. Their first album “We Are Young & Free”(2013) and EP, “This Is Living” (2015), garnered a No. 1 spot on Billboard Top Christian /Gospel Albums Chart. Their “Youth Revival” (2016)album spawned multiple No. 1’s, landed in the Top 10 on Billboard’s Digital Albums Chart, and garnered the band its first GRAMMY® nomination. Their most recent album “III” (2018) peaked at the No. 2 spot on Billboard’s Top Christian /Gospel Albums Chart and has already amassed over 75 million streams and 75,000+ units in global consumption. Breakout singles “P E A C E” and “Love Won’t Let Me Down” received positioning on Spotify’s New Music Friday playlist reaching over 2.4M followers while “Love Won’t Let Me Down” hit #1 at Hot A/C.

With millions of followers engaging in the social conversation and support from the most prominent music outlets around the world, Young & Free has scored five No. 1 radio singles and eight Top 5 singles at Hot AC radio.