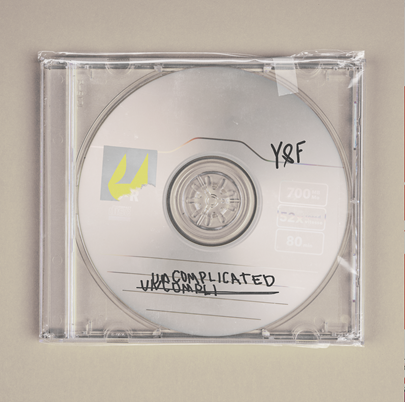 GRAMMY® nominated Hillsong Young & Free announces the release of their latest single, “Uncomplicated.” Out today with a live music video, the brand-new song is a declaration of God’s love for all humanity and features lead vocals from Young & Free’s Aodhan King. Listen to the new track here and watch the live performance video here.

“‘Uncomplicated’ is a beautiful worship song that brings us back to the heart of Christ’s love for us… it’s that simple,” says Young & Free’s Laura Toggs.

Hillsong Young & Free’s sixth single to release in 2020, “Uncomplicated” follows their double single release of “World Outside Your Window” and “As I Am” earlier this month, as well as the group’s current radio track “Never Have I Ever.” Receiving eight adds out of the box, “Never Have I Ever” continues to gain momentum in the “new & active” category on the Christian Airplay and

Young & Free continues to play an integral role in reaching this generation for Christ with their revamped contemporary approach. Since forming in 2013, Hillsong Young & Free has released three highly successful albums and more than 20 singles, acquiring over 459 MILLION YouTube channel views and 1.2 BILLION global career streams (with a 700,000 plus global unit career consumption). With a combined social following of 3 MILLION plus fans, Young & Free has seen seven No. 1 career singles and 10 Top 5 singles at Hot AC radio. Their debut album “We Are Young & Free” landed in the Top 25 on Billboard 200 while “Youth Revival” garnered the group its first-ever GRAMMY® nomination for Best Contemporary Christian Music Album (2017). Their recent single “Every Little Thing” hit #1 at Hot AC radio for eight weeks, making it the longest running #1 for the band.

GRAMMY® nominated Hillsong Young & Free is a youth movement born out of Hillsong Church in Sydney, Australia. In this 30-year story, they have seen generations of people serving, leading and pioneering movements. Young & Free is comprised of a collective of young people who come together to make music for youth and young adults everywhere. Their first album “We Are Young & Free” (2013) and EP, “This Is Living” (2015), garnered a No. 1 spot on Billboard Top Christian /Gospel Albums Chart. Their “Youth Revival” (2016) album spawned multiple No. 1’s, landed in the Top 10 on Billboard’s Digital Albums Chart, and garnered the band its first GRAMMY® nomination. Breakout singles “P E A C E” and “Love Won’t Let Me Down” received positioning on Spotify’s New Music Friday playlist reaching over 2.4M followers and “Love Won’t Let Me Down” hit #1 at Hot A/C. With millions of followers engaging in the social conversation and support from the most prominent music outlets around the world, Young & Free has scored five No. 1 radio singles and eight Top 5 singles at Hot AC radio. Their latest studio album “III,” has already amassed over 75 million streams and 75,000+ units in global consumption. For more information, visit www.hillsong.com/youngandfree/