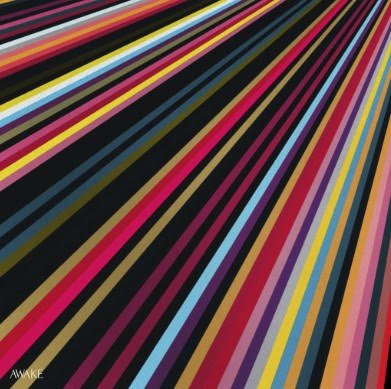 GRAMMY Award winning Hillsong Worship announces the release of its largest compilation to date with the deluxe edition of “Awake.” Released today, Awake contains 27 praise and worship songs and is available now on all streaming platforms.

Hillsong Worship is an Australian Christian music praise and worship group from Sydney, Australia. The group started making music in 1983 at Hillsong Church and is known for songs such as “Cornerstone,” “Mighty To Save,” “This I Believe (The Creed),” “Who You Say I Am” and the Grammy Award winning and RIAA certified Platinum “What a Beautiful Name.”

Featuring Hillsong worship leaders and songwriters such as Brooke Ligertwood, Ben Fielding, Reuben Morgan, Joel Houston, Taya, Aodhan King, David Ware and more, “Awake (Deluxe)” is the largest project the group has compiled to date. The compilation includes songs from “Awake” as well as new acoustic and live versions of fan favorites such as their Top 20 National Christian Audience radio chart single “King of Kings” that has garnered over 36 million global streams and more than 20 million combined YouTube views.

The 27-song audio collection includes 12 unreleased tracks. The deluxe edition builds on the momentum for “Awake” which has already amassed over 80 million global streams and follows Hillsong Worship’s critically acclaimed projects, “Let There Be Light” and “There Is More,” which have together accumulated 794 million plus global streams, three Dove Awards, two RIAA Gold singles, one RIAA Platinum single, two #1 Christian radio hits, and one GRAMMY Award. All garnered within the span of three years; the accolades reflect an unprecedented level of success for any worship artist in the Christian genre.

“In this unprecedented season, our team has been prayerfully wondering — how can we serve you? What can we do to encourage you and stand with you in worship?” says Hillsong Worship’s Brooke Ligertwood. “We hope that this new offering is one small thing we can do to bring songs of hope and fervency into your house at this time. It’s the biggest project we’ve ever compiled, and we pray it draws you close to Jesus.”

Hillsong Worship exists to serve the global church and equip believers everywhere with songs of Holy Spirit power that exalt and glorify the name of Jesus, build the church and fuel revival on the earth. With over 2 billion career streams and over 20 million career album sales, Hillsong Worship’s catalogue is sung by an estimated 50 million people worldwide each week. Twelve Hillsong songs have charted on the Billboard magazine charts in the US. The group was called Hillsong Live until June 2014, when they took the name Hillsong Worship.