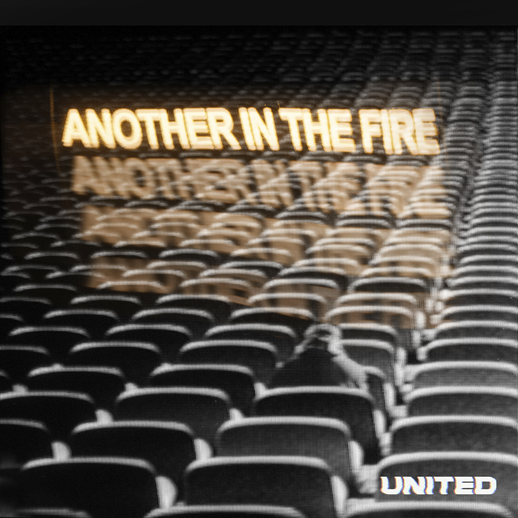 Multi-platinum selling Australian Christian music group Hillsong UNITED debuts their brand-new EP, ANOTHER IN THE FIRE today. Hillsong has repeatedly snagged the No. 1 spot on Billboard’s Christian charts and up to No. 2 on Billboard 200). The last four studio albums from Hillsong have each topped the USA Christian chart, with “Zion” and “Empires” charting no. 1 (“Zion” recently also went Gold in the U.S.). “Oceans,” written by Joel Houston and band member Matt Crocker recently went triple platinum in the States, counting 200+ million streams and staying on top of the Christian songs chart for a record 54 weeks.

The new five-track project from the award-winning group offers remixes of the song by Hillsong UNITED’s Michael Guy Chislett & Benjamin Tennikoff as well as contributions from Billy Davis and jamintasker. The EP also includes a special stripped-down studio version featuring the lead vocals of TAYA. Released earlier this month with accompanying “quarantine” music video, the studio edition of “Another in the Fire” amassed over 500K streams on street week alone.

“This EP couldn’t have come at a more important time and we couldn’t be more excited about releasing it to you,” says UNITED’s JD Douglass.  “‘Another In The Fire’ speaks to the truth that we are not alone in this journey called life and that we can come through any season or circumstance stronger because Jesus is with us and God will make a way for us! Having put the lyric and melody to match any mood or occasion, what comes across strong in every track is that the message of this song is perfect for all of us right now. Our prayer and hope is that this EP will give you courage and strength to take your next step and hold tight to the hope we have in Jesus.”

Written by UNITED’s Joel Houston and Chris Davenport, “Another In The Fire” is featured on UNITED’s latest album, PEOPLE, which debuted at No. 1 on Billboard’s Top Album, Top Christian/ Gospel Album and Top Current Album charts. The monumental project generated over 8 million streams and over 100K in albums sold within its first week.

Hillsong UNITED has sold more than 4.7 million albums globally and garnered over 3.1 billion worldwide career streams to date. Their most recent album “People” garnered the group its largest career street week sales to date debuting at No. 1 on HITS Top 50 Chart, No. 1 on Billboard’s Top Album, Top Christian/ Gospel Album and Top Current Album charts, and No. 2 on Billboard’s Top 200. The group also remains the No. 1 Christian artist on all social media platforms with over 10.8 million fans combined. Hillsong United will be performing at Andrew Palau Launches Stories of Hope: An Online Festival with TobyMac & more on May 30, 2020.

Who Is Hillsong UNITED?

Hillsong UNITED is a multi-award-winning, platinum-selling artist whose chart successes are only bested by the millions of lives they’ve impacted across the globe. Reporting over 50 million people singing from the Hillsong catalogue songs every Sunday, the modest band born from a youth ministry out of Hillsong Church in Australia, touts a reach of over 10.8 million across all major social network platforms to date, including over 2.1 billion minutes garnered from YouTube viewers.

Comprised of an evolving, eclectic mix of musicians and songwriters, the band is led by Joel Houston and Taya, names that have become synonymous with Christian radio, dominating airwaves with every new release.

In studio, on tour or at home, Hillsong UNITED is committed to writing songs that speak truth, create a unique sound and connect people everywhere with God, evident by the success they’ve seen globally. With over 50 countries and six continents visited, Hillsong UNITED continues to sell out arenas and stadiums around the world, including sold-out nights at the Forum, STAPLES Center and The Hollywood Bowl in Los Angeles, The Toyota Center, Oracle Arena, Air Canada Arena, American Airlines Arena (Miami and Dallas), and Red Rocks to scratch the surface. Hillsong UNITED functions from the deep understanding that everything they do is an expression of a really extraordinary God doing what only He can do, through really ordinary people. Hillsong United released their new ‘Another in the Fire’ EP on May 22, 2020.