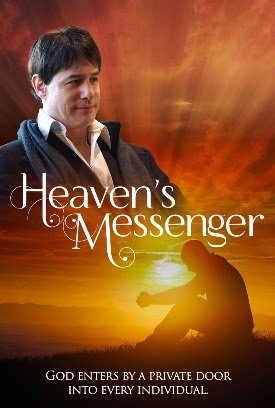 Synopsis: A doctor (John Heard) tries to solve the mystery of a man (Howard Nash) with no name, multiple personalities and burns on his hands. Who is he and what happened to him?

According to the film’s director Russell Emanuel, the 2008 film was re-cut in order to better highlight the film’s faith-based message. The film, shot in New York and California, has an interesting history.

The film was recently endorsed by the Dove Foundation, and according to producer (and co-star) Howard Nash, the cast never really understood the film’s religious message until the re-edit was completed. According to Nash, “The film makes it clear: God does have a plan for us. And He speaks to us, whenever we want to know his will for our lives.”

Yet the film, or rather its team, has had to grapple with a few “hidden” messages of its own. The film was initially turned down for a Dove rating after the re-edit was completed. In response, Nash emailed the Foundation and pleaded with them to reconsider. “I felt like they might have misunderstood the film’s most important message,” he said. The very next day, Nash received a call from the Foundation’s Director. He informed Nash that they took another look at their decision, and decided to grant Nash the rating he sought. Nash was grateful, and remarked how glad he was that he emailed the Foundation — whereupon the Director replied, “what e-mail are you talking about?” Apparently, the director hadn’t yet checked his emails, but was calling Nash to inform him of his decision, without having looked at his prior messages.

After production wrapped, Emanuel and Nash became privy to a few more interesting nuances: actors John Heard and Vincent Pastore had previously worked together on an HBO project, and their co-star, Hallie Eisenberg, appeared with Pastore in those iconic Pepsi commercials of the 1990’s. “Neither of us knew of these dynamics until well-after production had ended,” says Nash. “To think, we worked with these guys for ten hours a day, and for three straight weeks — and were unaware they already knew one other.” Nash quips, “I guess focusing on our film mattered more.”