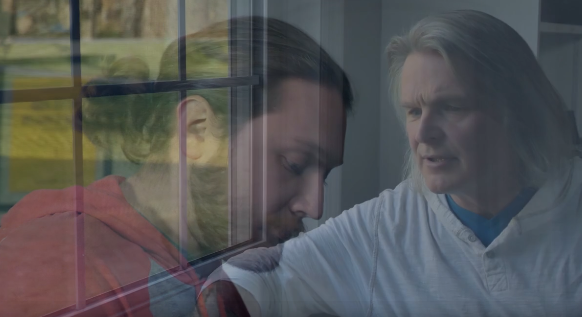 After nearly a four-year absence from radio, the Frye Family Band makes their musical return with the new EP, Things Unseen. The new project was produced by Michael Farren who has written songs for artists such as Laura Daigle, Reba McIntire, and Michael W. Smith, to name a few. The band is known for merging country, pop, and Inspirational genres.

The seven-song EP features four songs co-written by band leader and dad, Tom Frye, along with two songs co-written by daughter Maggie Frye Neal. The Frye Family EP also features a cover of the song “Cats in the Cradle,” a 1974 folk rock song by Harry Chapin. This marks the first time the song has been recorded as a duet by a father and son.

Frye Family Cover of ‘Cats in the Cradle’

“Several years ago, Jonathon and I sang the song during our church’s Father’s Day service,” says Tom. “We wanted it to encourage dads to savor every moment with their children. We heard so many positive comments from people who said hearing a father and son sing that song made it even more poignant. It is such a timeless and powerful song, and it fits so well with the message of ‘parenting on purpose’ we share during our concerts, worship services, and events.”

The band’s last CD, Reclamation, topped the CMW Country charts at #1 with “Creation’s Song” and hit #4 on the charts with “Song of Hope.” In the last few years, the band has expanded their reach with a variety of events, offering resources for families that go well beyond music.

“In addition to concerts, we have created what we call Family to Family events,” says Tom. “These events are flexible enough that we can adjust the content to center on men, women, couples, parents, or families. We also created small group studies for post-event use. Lisa and I have seen first-hand the blessings of focusing less on raising children and more on raising disciples. Our desire is to see others grow as both disciples and worshipers of Jesus.”