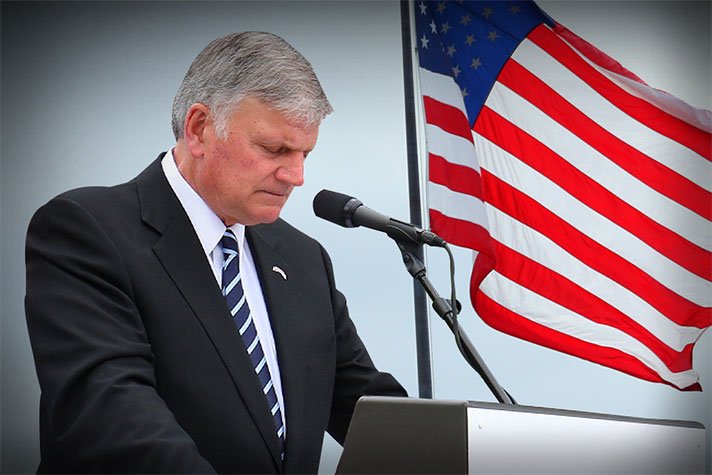 Late last week, the U.S. House of Representatives passed a very dangerous piece of legislation—the Equality Act—and now it’s headed to the Senate. The Biden Administration has said they want to pass this within their first 100 days.

I cannot say this more emphatically—for people, for businesses, for churches, and for ministries of faith, the Equality Act is a threat to life as we know it in our nation today. It’s a real game-changer.

This is not about politics—it’s about Biblical truth and religious freedom. I urge you to contact your U.S. senators and ask them to vote NO to the Equality Act. You can also call the U.S. Capitol switchboard at (202) 224-3121, and they will connect you with a Senate office. I also encourage you to let the White House know about your strong opposition to this bill. The progressive Left is zealous about this issue and will pull out all the stops to try to make it the law of the land.

• Under the broad reach of the Equality Act, schools, churches, and hospitals could be forced to accept the government’s beliefs and mandates about sexual orientation and gender identity. That would be highly intrusive and incredibly far-reaching. It will threaten everyday speech where people can be fined or lose their jobs for using the wrong name or pronouns.

• The Equality Act will legislate that we allow boys in girls’ sports, boys in girls’ locker rooms, men in women’s shelters, and men in women’s prisons. It will force teachers and students to publicly pretend that a biological male is a female. Schools will be coerced to instruct first, second, and third graders that they can choose to be a boy or a girl, or neither, or both, making biological sex (and science) a relic of the past.

• The Equality Act will use the force of law across all 50 states to threaten the right of Christian and other religious ministries to hire people of shared faith to pursue a shared mission. Can you imagine a Christian organization being forced to hire people who have no passion for its beliefs, teachings, and mission—or who might even be hostile toward its deeply held beliefs? That doesn’t work.

• The Equality Act will strip health professionals of their rights of conscience. It will force doctors and medical professionals who long to do no harm to engage in gender transition treatments such as hormone-blocking, cross-sex hormones, or surgery. It is obvious that a Catholic or faith-based hospital should not have to perform gender transition surgeries that go entirely against what they believe.

• The Equality Act will be a tool used by the government to deny or threaten accreditation to religious colleges and universities if they do not satisfy the demands of the secular Left to apply sexual orientation and gender identity to dorms, sports, places of privacy, and even teachings. The Act could be used as a weapon to threaten the availability of federal student loans and grants to students at certain disfavored religious schools.

These are just a few examples. Friends, this is a pivotal time for our nation. The impact of this legislation is immense. We must not remain silent and accept what we know is wrong—especially when we have the power to do something about it!

People of faith need to PRAY. Churches need to recognize the significance of this and pray corporately, asking for God’s intervention and mercy to extend the religious freedoms we have been blessed with for so long.

We must act now in the remaining days before the Equality Act comes up for a vote in the U.S. Senate. As individuals, churches, and organizations, we need to let our senators know how important this is to us, and that we are asking them to vote an emphatic NO to the Equality Act.