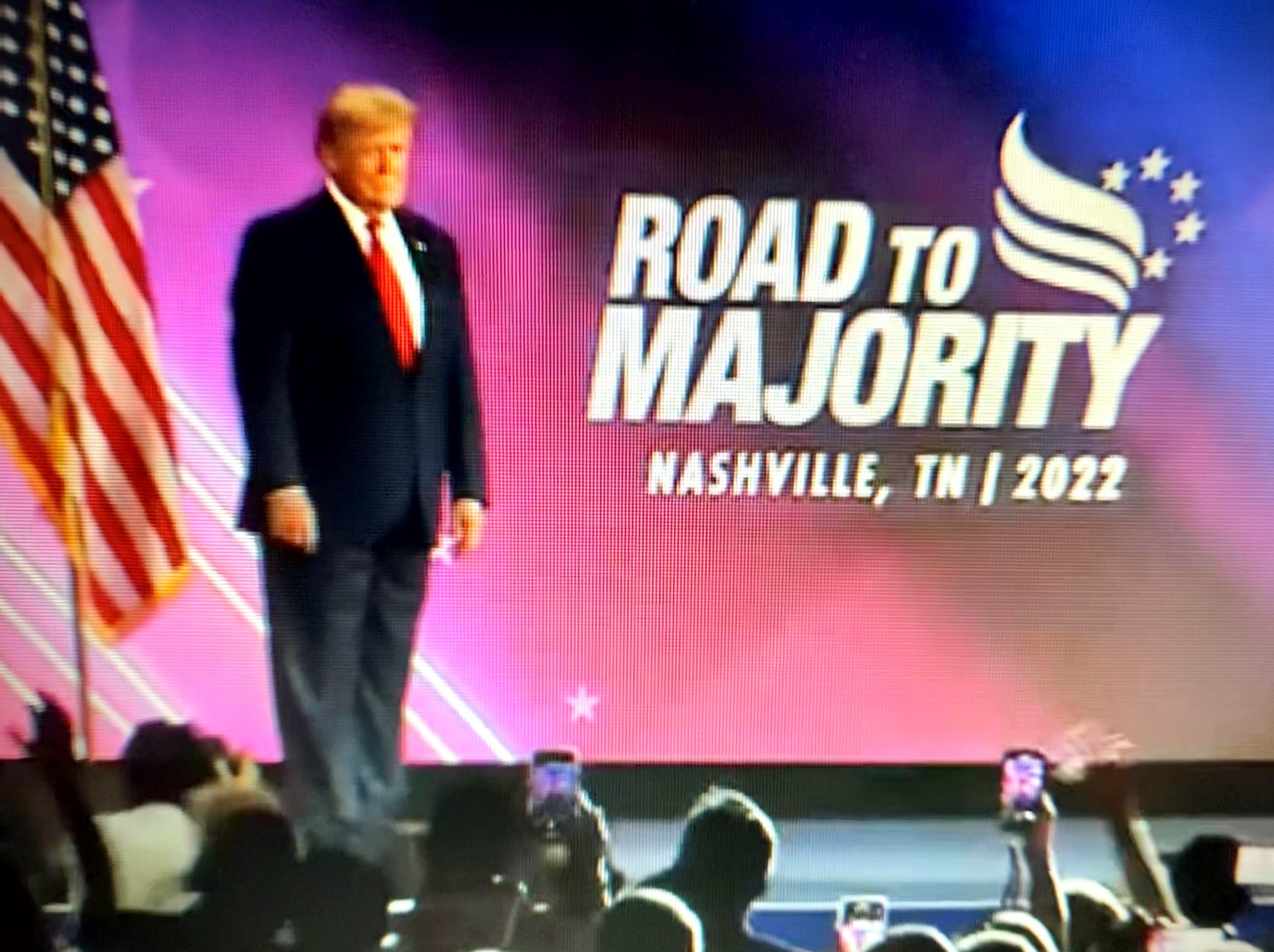 In his remarks, Crenshaw exhorted Republicans not to match the “sheer anger of the left” in speech and actions. U.S. Sen. Rick Scott of Fla. said, “It is time to rescue America. God favors those who are bold.”

But the man of the hour was former President Trump who delivered the almost two-hour keynote speech at noon. This was his 7th appearance at the Road to Majority conference.

The 45th president entered the auditorium to the strains of “Proud to Be an American.” He spoke of the core values shared by the speakers, listing many shared values, including law and order, that the constitution means what it says as written, that we resist cancel culture, believe in free speech and that religious freedom is the foundation of all liberties. Trump stated that America is a sovereign nation, and that the first duty of government is to protect and defend its citizens.

Speaking about the intolerance and anger from the left, Trump echoed Dan Crenshaw, saying, “These extremists are consumed with resentment, envy, intolerance, bigotry, malice, and even rage. This is not just a political problem, this is a spiritual problem.”

Trump took issue with the Select Committee to Investigate the January 6 protest at the United States Capitol, pointing out the committee has doctored and hand-picked evidence. The former president also suggested the Republicans should turn the tables and hold an investigation into the Jan. 6 committee should the GOP gain control of Congress.

“Would anybody like me to run for president?” Trump asked during his speech to overwhelming applause.

He proudly referenced his 1776 Commission, created “so that our nation’s children would love our country as much as we do.” Talking about the burgeoning crisis of gender confusion, Trump pointed out that children are captives in the school rooms, stating, “You can’t teach the Bible but you can teach that men can get pregnant and kindergarteners can pick their gender.”

Donald Trump emphasized upholding Judeo-Christian values, commenting, “We don’t worship government; we worship God.” He spoke of people of courage, of the Pilgrims and Americans of faith who founded this country.

Among his final comments, the former president proclaimed: