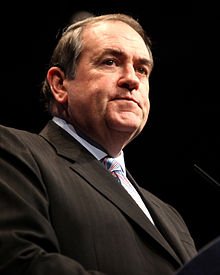 Former Arkansas Governor and Republican presidential nominee Mike Huckabee has joined the Board of Directors at OneShare Health, an ACA-exempt Christian Health Care Sharing Ministry (HCSM) based in Irving, Texas. Huckabee, who maintains strong ties to the Christian church, said he was initially drawn to OneShare Health’s faithdriven vision.

Huckabee’s Christian faith plays a significant role in his private and public life. After graduating from high school, he attended Ouachita Baptist University in Arkadelphia, AR, where he majored in religion. Following his graduation, he attended Southwestern Baptist Theological Seminary in Fort Worth, TX. After several years in radio, TV, and advertising he spent 12-years as a pastor of congregations in Arkansas. Huckabee served as president of the Arkansas Baptist Convention, which he said helped spark a pursuit into major politics.

He came in second in the Republican presidential primaries in 2008 and ran again in 2016. He has written 13 books, most of them NY Times Bestsellers, and has hosted television shows on Fox News Channel and currently is the host of “Huckabee” on the Trinity Broadcasting Network (TBN). He is still a contributor at Fox News.

Huckabee served as the 44th Governor of the State of Arkansas from 1996 to 2007. In addition to educational reform, Huckabee continues to push for making wide-scale changes to American healthcare.

After joining OneShare Health’s Board of Directors, Huckabee said he appreciates the strides the company is making towards providing affordable healthcare options. “As a Baptist minister, I am inspired by the familiar verse in Galatians 6:2. That verse teaches that Christians are to ‘Bear one another’s burdens, and so fulfill the law of Christ.’ At OneShare Health, we believe that bearing one another’s burdens should extend into all areas of life, including healthcare.

“We have an incredible opportunity to shine a beacon of light and hope into a healthcare community that is fearful, stressed, and burdened with everything going on in America right now. We have a chance to practice ‘Love they neighbor as thyself’ on a daily basis. For those who share our common core of religious beliefs, OneShare Health is an excellent option for you to consider. Our desire is to set the gold standard as a health care sharing ministry which lives out the teachings of Jesus Christ.”

OneShare Health is an ACA-exempt, nonprofit, Christian Health Care Sharing Ministry (HCSM) based in Irving, Texas, that facilitates the sharing of medical expenses among individuals and families who are united by shared religious beliefs. Healthcare sharing ministries are not health insurance and do not accept risk or make guarantees regarding payment of bills submitted by member Mike Huckabee now joins the Board of Directors at OneShare Health.