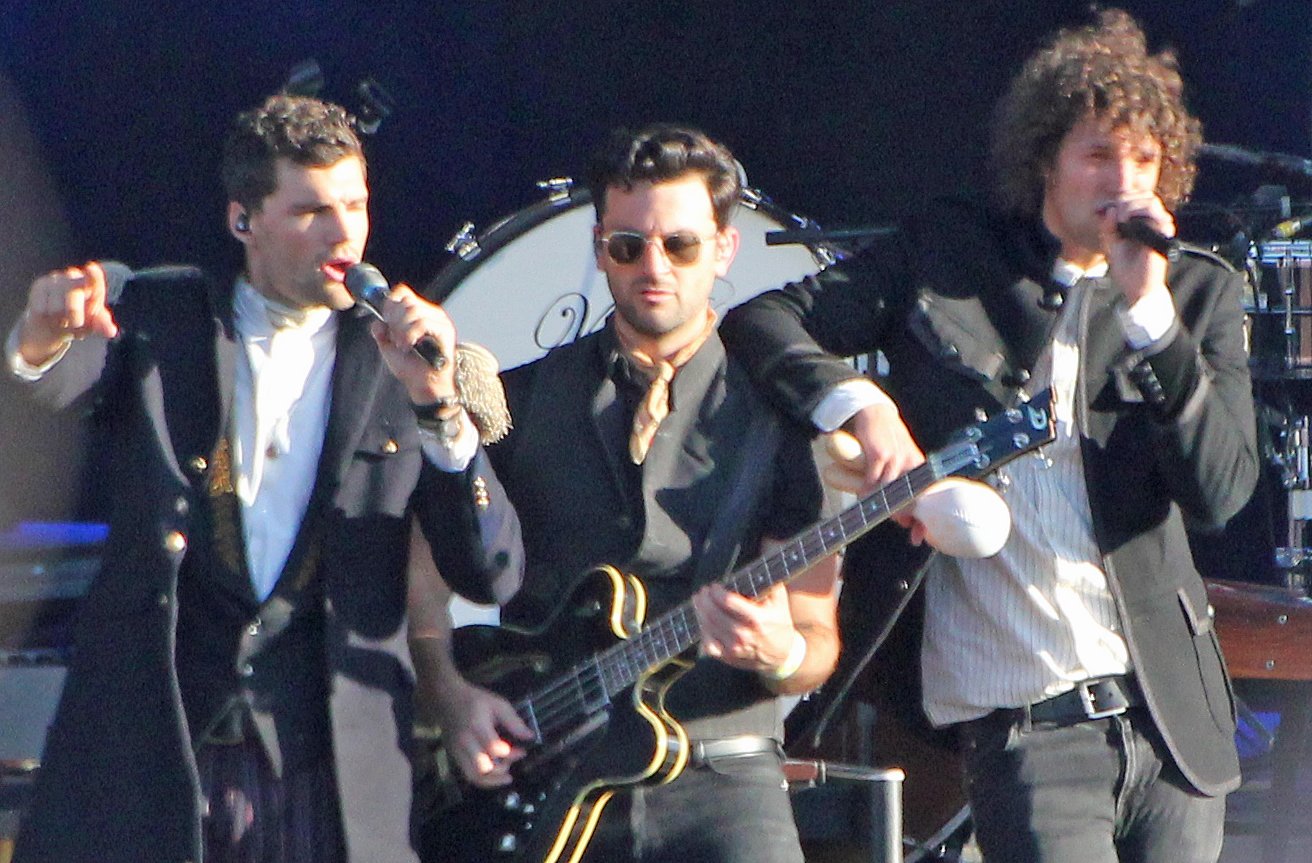 Joel and Luke Smallbone of For King & Country, recently arrived at the studio to record tracks for an upcoming Christmas album. Much to their surprise, some of their fans Zoomed in to present the news to the brothers of their platinum certification for “God Only Knows.”

For King & Country fans held up signs on Zoom spelling out “CONGRATS ON PLATINUM” before chatting with the Smallbone siblings.

“One million people have downloaded ‘God Only Knows,’ which is an astonishing fact to us,” for King & Country’s Luke Smallbone said. “We are grateful and are humbled to know that this song means so much to other people.”

Who Is For King & Country?

For King & Country is a Christian pop duo composed of Australian brothers Joel  & Luke Smallbone. The Nashville-based brothers’ 2012 debut record Crave was well received, and the brothers were declared by Billboard as one of the “New Artists to Watch” for 2012.

The duo got their start in high school providing background vocals and other supporting roles for their sister, Rebecca St. James. In 2007, the brothers began performing as their own band,”Austoville,” which they later changed to “Joel & Luke.” In 2009, they signed with Warner Music Group and changed their name to “For King & Country.”

In 2011, they released For King & Country: The EP. Their song “Busted Heart (Hold On to Me)” was released as a single and was the fastest-rising single of 2011. It peaked at No. 3 on Billboard‘s Christian Songs chart. Their first full-length album Crave was released in February 2012. The album hit No. 2 on the iTunes top Christian & Gospel albums the day of its release and No. 42 on the overall chart. It peaked at No. 4 on Billboard‘s Christian Albums chart, where it remained for 41 weeks.

The success has continued for the brothers. In December 2012, iTunes selected Crave as their Breakthrough Christian & Gospel Album of 201. At the first K-LOVE Fan Awards held 1 June 2013, they took home the “Breakthrough Artist of the Year.” In 2015, they won two Grammy Awards at the 57th Grammy Awards, one for Best Contemporary Christian Music Album and one for Best Contemporary Christian Music Performance/Song. They hosted the 47th Annual GMA Dove Awards with Tye Tribbett in 2016. In 2019, For King & Country captured another two awards at the KLoveFan Awards For Group Or Duo of the year, and Song Of The Year, for “God Only Knows.” Now For King & Country is certified platinum “God Only Knows.”