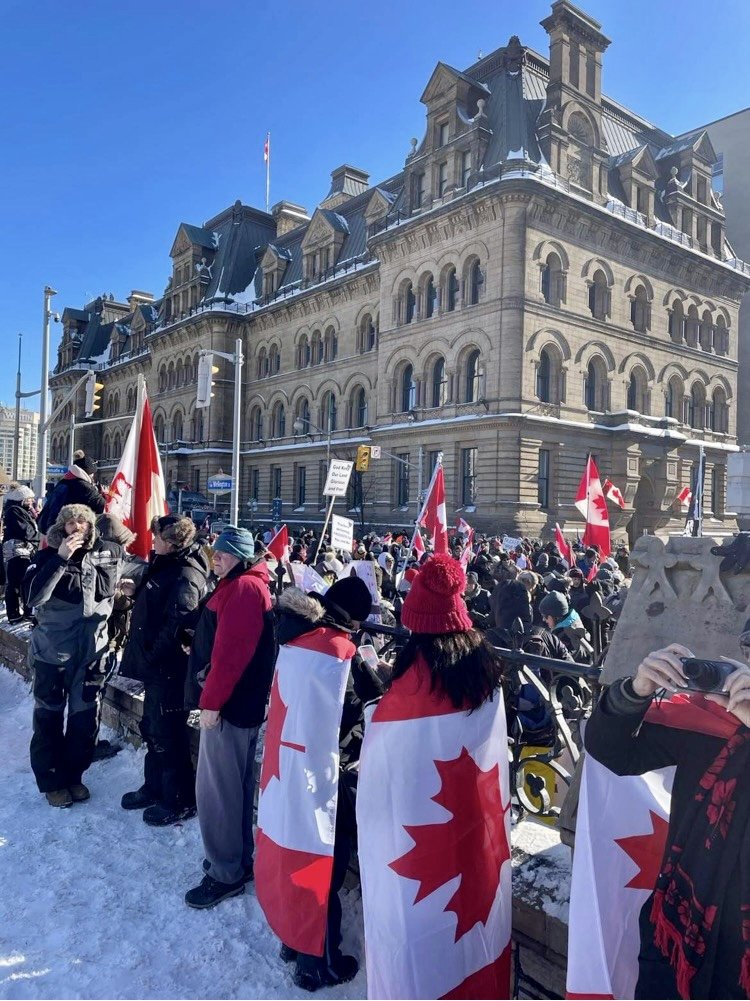 The Canadian Truckers Convoy, also known as Freedom Convoy 2022, officially took place on January 29, but the protest and controversy continue, with the country now under martial law. While the Canadian government has taken a page from the Biden administration by trying to paint the peaceful patriotic protest as “dangerous” and ”terrorists.” the media has tried to downplay the convoy crowds as a ”few hundred.” Meanwhile, Facebook has banned the Canadian Trucker Convoy groups.

To get to the truth, we asked Lucy H., from Lowe’s Farm, CN, and Joanne M. of Winnipeg, CN—both Christians who went to Canada’s Freedom Convoy 2023 protest—to share their first-hand observations about the Truckers Convoy

Lucy told Christian Activities, ”I fully support the convoy and truckers for fighting for our freedoms. This whole country has been put under great hardship…no one has listened to our concerns. We are only trying to get back the rights we were born with under the charter. The only recourse left was to go directly to the source of the problem which was Parliament Hill. The media has let our country down terribly and that’s why I felt so strongly to go to Ottawa.”

“Amazingly peaceful,” is how Joanne described the convoy. “All we heard was to walk in love. It was so friendly, everyone just fighting for freedom in peace.”

Lucy also said the Canadian Truckers Convoy was “extremely peaceful,” stating that while the media has downplayed the attendance, there were “several thousand people there and they are saying there will be more this weekend.”

Joanne reported that while it was difficult to estimate numbers, there was a “massive amount of trucks and trucks” on site. “Looked like in the thousands.” She pointed out that exit ramps on all sides of Ottawa had been closed, so there were hundreds of trucks stranded all around Ottawa.

One thing Lucy found disappointing was the media stating that the streets were full of garbage. “Absolutely everything was spotless. We the people picked up our own garbage and placed it in garbage bags.” She said all the truckers did the same thing. ”The city didn’t bother sending out a truck where we could put the bags into. One of the truckers let them use his trailer to put the garbage bags in.”

Joanne also mentioned the participants cleaning up all the garbage as well as giving food to the homeless, pointing out the city provided no toilets.

Some of the high points Lucy pointed to were the many supporters they saw along the way cheering the convoy on its way to Ottowa. ”The excitement, cheers and waves were overwhelming” and that locals were handing out food and washer fluid to the vehicles heading to the rally.

“Singing the national anthem the correct way and saying the Lord’s Prayer at the Sunday morning service with thousands of others was awesome,” Lucy concluded.

“We went to fight for our kids and grandkids and we knew it is now or never. If we don’t win this battle then we are done,” Joanne stated.

She also attended a “pretty huge” convoy protest in Winnipeg at the legislative buildings. “These truckers are the heart of our Christian values,” Joanne said. ”They are doing what they church refused to do. We had a church service outside and all I saw was people smiling and having hope and giving us hope. I now have the deepest respect for these truckers.”