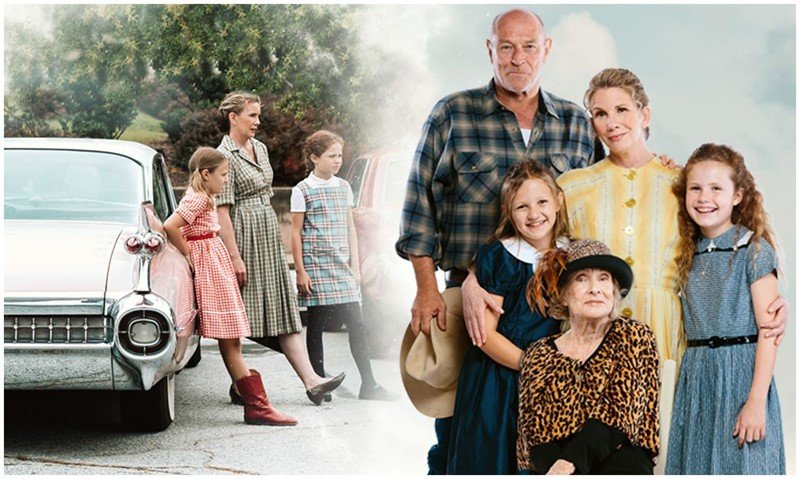 ReelWorks Studios and Fathom Events announce the release of their latest film WHEN WE LAST SPOKE, a heartwarming tale of family, friendship and forgiveness featuring Corbin Bernsen (“Psych,” “L.A. Law”), Melissa Gilbert (“Little House on the Prairie”), Darby Camp (“Big Little Lies,” THE CHRISTMAS CHRONICLES), Chandler Head (THE GLASS CASTLE) and Academy award-winning actress, Cloris Leachman (I CAN ONLY IMAGINE, THE LAST PICTURE SHOW). “When Last We Spoke” will release in movie theaters for an exclusive two night showing October 27 and 29, 2020.

Following the lovable and nutty family of sisters Juliet and Evangeline, “When Last We Spoke” gives viewers an insight into the beauty of the Cranbournes as they journey through the ups and downs of their unexpected situation.

Life for Juliet and Evangeline changes quickly after their father James departs to fight in the Vietnam War and their mother, who feels ill-equipped to raise two daughters alone, leaves them with their grandparents, Walt and Ruby, to pursue her own singing career. Together, the family learns how to overcome heartbreak and uncertainty by holding tight to the most important aspects of life – family, friends, love and forgiveness.

Inspired by the novel from Marci Henna, director Joanne Hock and screenplay writers Rick Eldridge and Jimmy Hager pack “When Last We Spoke” with humor, heartbreak and triumph. Audiences will leave the theater grateful for the gift of family, the relief of laughter and with a newfound appreciation for the often kooky relationships with friends and family.

“’When Last We Spoke’ is a warm-hearted story that follows the life of a funny, quirky family who have experienced their fair share of trials,” says Rick Eldridge. “In partnership with Fathom Events, we are pleased to be bringing a film to theaters that speaks to the important topics of family, love and forgiveness.”

“Without the outstanding talents and vision of producers Rick Eldridge and Fred Miller, the film “When Last We Spoke” would not have been possible,” says Marci Henna. “This team believed in the Fireside Series, and working alongside them to bring the Cranbourne family to life on-screen has been an incredible and fulfilling journey.”