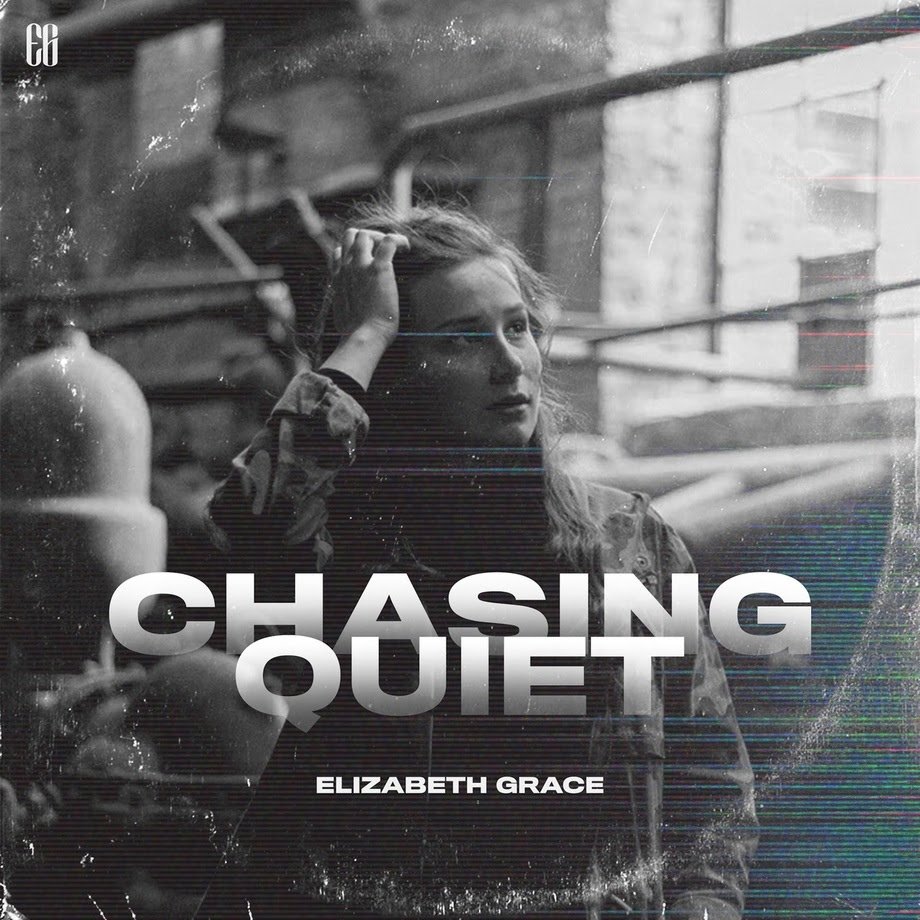 Christian pop artist Elizabeth Grace is once again gaining strong support at Christian radio with her new single, “Chasing Quiet.” The song has rapidly reached No. 25 on Billboard’s Christian Hot AC/CHR chart, and No. 30 on the Hot Chart. The tune debuted on the Billboard charts at No. 28, and quickly became the No. 1 most added for two consecutive weeks.

“Chasing Quiet” has garnered 70% of the Billboard Christian Hot AC / CHR stations who have already committed to airplay. Chris Chicago at NGEN Radio in Houston, Texas is a big supporter of the song by saying, “’Chasing Quiet’ is exactly where mainstream pop is right now. It’s so refreshing to have an artist like Elizabeth Grace in our space.”

The audio premiere for “Chasing Quiet” will debut at YouTube on May 14 at 2:30 pm ET. Viewers will be able to chat live with each other as the song will be shown for the very first time. You can be a part of this exciting debut by clicking on the link HERE this Thursday.

Grace and Jonathan Gamble co-wrote “Chasing Quiet.” It was produced by Justin Amundrud, and the song will be available for public purchase on May 15. The single is the follow up to the incredibly successful Billboard Christian Hot AC/CHR No. 3 hit, “Like Myself.” Besides ranking in the Top 5, “Like Myself” remained at No. 1 for seven weeks on the Hot CHR chart.

“I wrote ‘Chasing Quiet’ during a time where I felt I was being pulled in a thousand different directions and was constantly being influenced by the thoughts and opinions of others rather than listen to the voice of God,” said Grace. “My hope for this song is that the listener will hear it and be inspired to continue chasing after God’s voice, rather than trying to mold themselves to what others say they should be.

Debuting in early 2018, Elizabeth Grace has been featured with Ray Ervin on “The Ones” and has since come out with several singles of her own.

Grace is in the process of booking an upcoming school tour in the fall, which will be in conjunction with the release of her debut album on Dream Records at the same time. For continued updates about Grace, fans can stay in touch on Instagram, Facebook and at Dream Records.

Who Is Elizabeth Grace?

Elizabeth Grace is a Christian pop artist based out of Birmingham, Alabama. Her interest in music started as a young child when Grace treated her family with fireside performances. Grace’s mother started her with piano lessons which didn’t last very long. Grace wanted to play piano her way, so her musical talent developed by learning to play by ear. In high school, Grace became active with a group of budding singers-songwriters at her hometown church and singing at her high school graduation. She didn’t begin songwriting until she was 18. This led to Grace releasing six singles as an indie artist, signing with BMI for publishing, and joining the Dream Records team as a recording artist. Her latest single is “Chasing Quiet.”