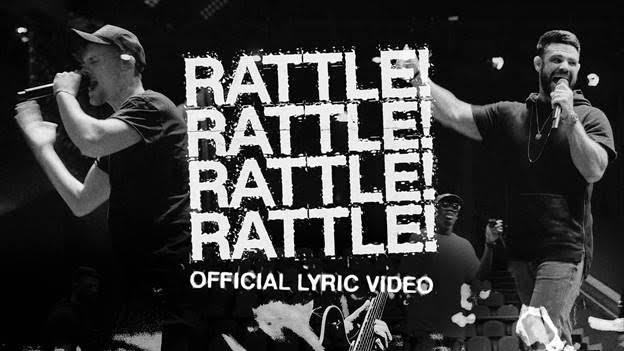 Elevation Worship releases their new single “Rattle” today on all music streaming platforms. The new song from the GRAMMY® nominated group is already resonating with fans across the globe with the early release (May 15) of the lyric video trending on YouTube, peaking at #8 overall, and amassing more than 1.2 million views. It follows the release of Elevation’s3rd single, “My Testimony”

Written by Elevation Worship’s Chris Brown, Elevation Church’s Senior Pastor Steven Furtick, and Bethel’s Brandon Lake, “Rattle!” was birthed from the current COVID-19 crisis and quarantine as millions of people around the globe are experiencing a rollercoaster of emotions daily. The song came out like a release…one big shout: ‘I’m coming out! I’m gonna live again!’

“Right now, we might be having to bury certain expectations of what we thought this year would look like,” says Brown. “But our faith in Jesus is built on the foundation that resurrection is possible! And ‘Rattle!’ is the sound of resurrection!”

The revival-filled anthem is the fourth single to be released from the group’s forthcoming GRAVES INTO GARDENS project (available worldwide on May 1). “Rattle!” will be featured as the opening song on the 12-track album that also includes the recent breakout single “The Blessing” which has garnered more than 9 million YouTube views.

Over the course of their career, Elevation Worship has released 10 compilations; including their RIAA-Certified Gold record Here As In Heaven and 2018 GRAMMY® nominated project Hallelujah Here Below. The group is known across the globe for their RIAA Platinum Certified single “O Come to the Altar,” which has more than 100 million streams on Spotify and more than 52 million YouTube views; and their RIAA Gold Certified single “Do It Again” –– both of which reached #2 on Billboard’s Christian AC Songs chart. With more than 3 million monthly listeners on Spotify, more than 760 million views on YouTube, and 1.5 million+ U.S. album sales; the group has toured nationwide on bills with multiple GRAMMY® winner Lauren Daigle, Hillsong Worship, Bethel Music, Passion, and others.

Elevation Worship is the worship ministry of Elevation Church, a multisite church based in Charlotte, N.C. led by Pastor Steven Furtick. Elevation Worship has produced multiple albums that include the RIAA-Certified Gold Here As In Heaven, RIAA Platinum Certified and American Christian radio Top 5 song “O Come to The Altar,” and the RIAA Gold Certified song “Do It Again.” The group currently has nine songs in the CCLI Top 100 list.