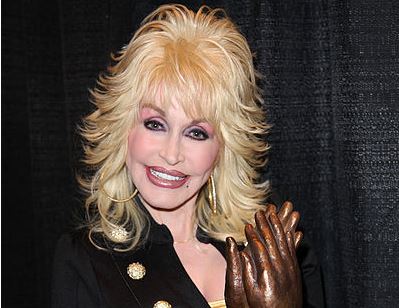 Netflix and Dolly Parton are joining forces for a new Christmas movie called Christmas on the Square. The movie stars Parton (who also executive produces the holiday flick) along with Christine Baranski, Jenifer Lewis, Treat Williams and Jeanine Mason. The film is directed by Debbie Allen (Grey’s Anatomy). Christmas on the Square is set to premiere Nov. 22 on the streaming channel. exactly one year after Netflix debuted Dolly Parton’s Heartstrings, an anthology series based on Parton’s songs. Earlier this year, one of the eight installments in the series, “These Old Bones,” earned an Emmy nomination for outstanding TV movie earlier.

Christmas on the Square stars Christine Baranski as Regina, a wealthy and unpleasant, woman who returns to her small hometown after her father dies. Her evil plan is to evict everyone right before Christmas and sell the property to a mall developer.

However, after listening to stories of the local townsfolk and getting to know them again, Regina begins to rethink her plan. Parton appears in the form of an angel to change Regina’s heart, aided by the stories shared by the local residents.

“Christmas on the Square” with Dolly Parton, Christine Baranski, Jenifer Lewis, Treat Williams and Jeanine Mason will premiere on Netflix on Nov. 22, 2020.