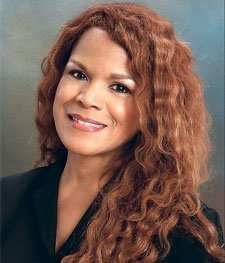 The following is submitted by Day Gardner, President of the National Black Pro-Life Union, she is available for comment:

We have learned recently that Wayfair, Kohl’s and Bed Bath & Beyond will stop selling the My Pillow brand products due to My Pillow’s CEO, Mike Lindell’s, support of President Donald Trump.

What these stores don’t seem to get through their collective thick skulls is that more than 74 MILLION people voted for President Trump in the 2020 election. I, along with most of those people, believe that Joe Biden was elected through fraudulent ballots and/or shady events at voting places in at least six states.

It started with big tech’s Twitter, Facebook, Amazon and even Pinterest shutting down the voice of the President of the United States. So of course, namby-pamby, lilly-livered, scardy-cat companies decided to align themselves with big tech.

Here’s what they forgot…America has always been the greatest protector of free of speech. We all have a right to our own thoughts and opinions.

That said, a few days ago, I purchased a rug from Wayfair, it was delivered yesterday. Then I heard Wayfair, Kohls and Bed Bath & Beyond decided to stop selling My Pillow because Mike Lindell is a Trump supporter.

So, I called Wayfair and told them COME GET YOUR RUG!

They asked if I want to exchange.

THEM: Would you like a credit for future purchase, or refund.

ME: Full refund! Come get your rug!

I also added: “Oh and delete my account, permanently.” I am sick of these companies trying to silence us.

Mike Lindell has a great story. He’s a Christian man that built a great company from nothing. My Pillow is an amazing product! ( I sleep very well NOW thanks to MY PILLOW).

Needless to say, I’m boycotting all three Wayfair, Kohls and Bed Bath& Beyond… so far. I will never spend a penny at, nor set foot in, any of those stores. We have to draw a line in the sand somewhere.

NO WAYFAIR
NO KOHLS
NO BED BATH BEYOND

What we are seeing now is an attack on the one thing that certainly makes America the greatest and strongest nation in the world.

Twitter CEO Jack Dorsey has threatened to silence more conservatives and Christians. In a video leaked to Project Veritas, Dorsey warned staffers that the social media giant’s recent banning of President Trump’s account will be “much bigger” than just that one account.

Dorsey stated in the video meeting published by the conservative outlet last Thursday:

“We are focused on one account right now, but this is going to be much bigger than just one account, and it’s going to go on for much longer than just this day, this week, and the next few weeks, and go on beyond the inauguration.”

Twitter has suspended me here and there over the years but I want everyone to know as of today I have BANNED TWITTER from my life. Buh-bye Twitter! Poof, you’re gone!

Who’s next? C’mon, step across the line!

According to MSN, the five Big Tech companies (Amazon, Apple, Facebook, Google and Microsoft) spent $61.09 million on lobbying in 2020. Facebook spent the most at nearly $20 million. There is little wonder that these huge, wealthy companies are a powerful force, especially when they partner with each other to ban the same individuals and businesses and censor opposing thought and speech.