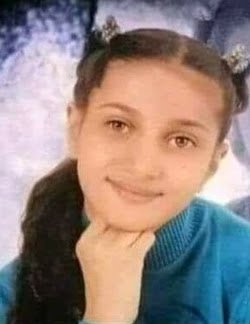 Coptic Solidarity has published a report, ‘Jihad of the Womb’: Trafficking of Coptic Women & Girls in Egypt, which addresses the widespread practice of abduction and trafficking of Coptic women and girls in Egypt and how they are a particularly vulnerable group to exploitation. The report has been submitted to the office of the UN Special Rapporteur for Freedom of Religion or Belief, to the US State Department’s Office for Trafficking in Persons, and to other relevant entities.

The primary reasons for lack of attention and action on behalf of these women is that 1) the Egyptian government falsely claims that women and girls willingly leave their families and therefore refuse to investigate or recover them, even minor girls, and 2) the difficulty in documenting these cases due to lack of reporting by the police, and due to families’ fear of targeting by the Egyptian government for causing them embarrassment. These kidnappings come in the backdrop of a Coptic minority population that is already marginalized as Coptic Solidarity has reported to UN bodies.

Egypt is a primarily Muslim country, officially known as the Arab Republic of Egypt. According to ABC.net news, Coptic Christians are the largest ethno-religious minority in Egypt, constituting roughly 10 per cent of the country’s 95 million people. This is why the trafficking of Coptic women and girls in Egypt is often ignored.

An estimated 500 Coptic women have been trafficked in the past couple of decades. The report includes an appendix of some recent – mostly unresolved – trafficking cases. It demonstrates that these crimes fall within United Nations’ conventions and protocol for trafficking as well as Egypt, the Arab League, and US definitions. Furthermore, the forced disappearance of minor girls in Egypt also constitutes crimes in contravention of the UN Convention on the Rights of the Child. As such, the Egyptian government and international entities must address these heinous crimes that have been conducted with near impunity.

Coptic Solidarity has reported and advocated for trafficked Coptic women and minor girls for the past decade. On July 22, 2011, Coptic Solidarity’s president testified at a Congressional hearing titled “Minority at Risk: Coptic Christians in Egypt,” which was broadcast by C-SPAN. This latest report is a continuation of these advocacy efforts and includes emerging trends, recommendations for the Egyptian government, and recommendations for the international community and NGOs.

Coptic Solidarity is an organization seeking to help minorities, particularly the Copts, of Egypt and we support those in Egypt working for democracy, freedom, and the protection of the fundamental rights of all Egyptian citizens. It advocates in cooperation with the affiliated organizations in Canada and in Europe (Solidarité Copte). For more information, contact Lindsay Griffin at 801-512-1713 or coptadvocacy@copticsolidarity.org.