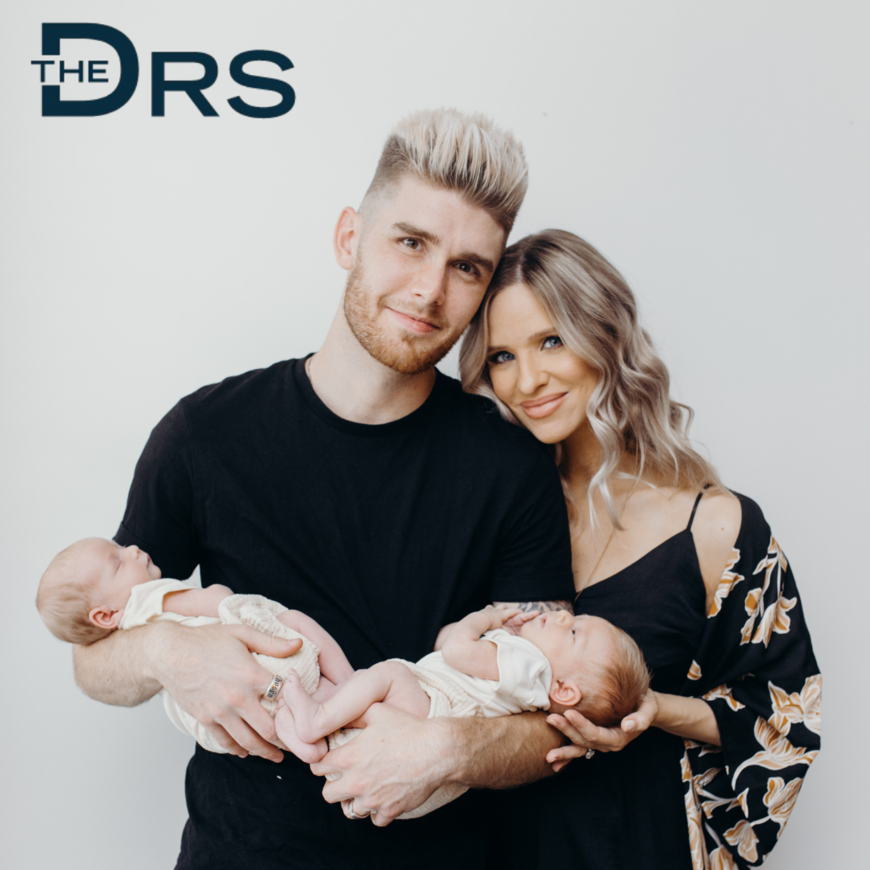 Couple Share About their “Miracles,” Twin Daughter’s Dior and Athens, as well as Dior’s Scary Birth and Miraculous Recovery

This Monday, September 21, American Idol finalist and fan favorite Colton Dixon, along with his wife Annie will appear on the Season Premiere of The Doctor’s.  Helping kick off the show’s 13th season with new host Dr. Ian Smith, viewers can check local listings here.

On August 18, the Dixon’s welcomed their little “miracles,” Dior and Athens.  After about 30 hours of labor and an emergency cesarean section, baby Dior was born without a pulse.  The couple will share about their experience, leaning on their faith to bring them all through it, and how it has given Dixon a newfound meaning to his current hit song “Miracles.”  Following a six week streak at No. 1 on Billboard’s Hot AC/CHR, the song is continuing to make strides each week, currently No. 13 on the National Christian Audience Chart, and AC Monitored, as well as No.12 on AC Indicator.

Dixon will hit the road for the first time since the spring with fellow Atlantic Record’s artist Skillet, headed to Texas and Pennsylvania for his first Drive-In concerts.  October 2nd and 3rd will find him at the Circle Drive-In in Scranton, PA., and the Starlite Drive In in Butler, PA.   The following weekend he’ll do back-to-back shows in the North parking lots of the H-E-B Center in Cedar Park, TX as part of the venue’s Tailgate Series on October 9th and 10th.

Colton Dixon quickly became a household name in 2012 when he was voted a fan favorite and made it to the top seven on Season 11 of Fox’s hit show AMERICAN IDOL. His career has been on the fast track ever since, now boasting over 100 million streams across all platforms. Dixon’s 2013 debut, A Messenger, set the record for biggest first-week sales by a new solo Christian act, becoming the No. 1 selling album by a new Christian artist. Dixon is also a Steinway & Sons artist, following in the footsteps of legendary artists such as Harry Connick, Jr. and Billy Joel. Dixon’s sophomore effort Anchor included the most played Hot AC single of 2014, “More Of You,” which spent three weeks at No. 1, as well as “Through All of It,” his fourth consecutive No. 1 at Hot AC Radio. In 2013, Dixon won a Dove Award for Best Rock/Contemporary Album Of The Year, along with two additional nominations. In 2015, Anchor was honored with the Dove Award for Rock/Contemporary Album of the Year. Dixon received back-to-back K-LOVE Fan Award nominations for Male Artist of the Year in 2014 and 2015, followed by the release of his third studio album Identity, which included the top 5 single “All That Matters,” whose video was premiered by PEOPLE magazine. His latest, critically-acclaimed, self-titled EP, boasting this hit single “Miracles,” is available now. Colton Dixon will appear on the season premiere of “The Doctors” on Monday, Sept. 21.