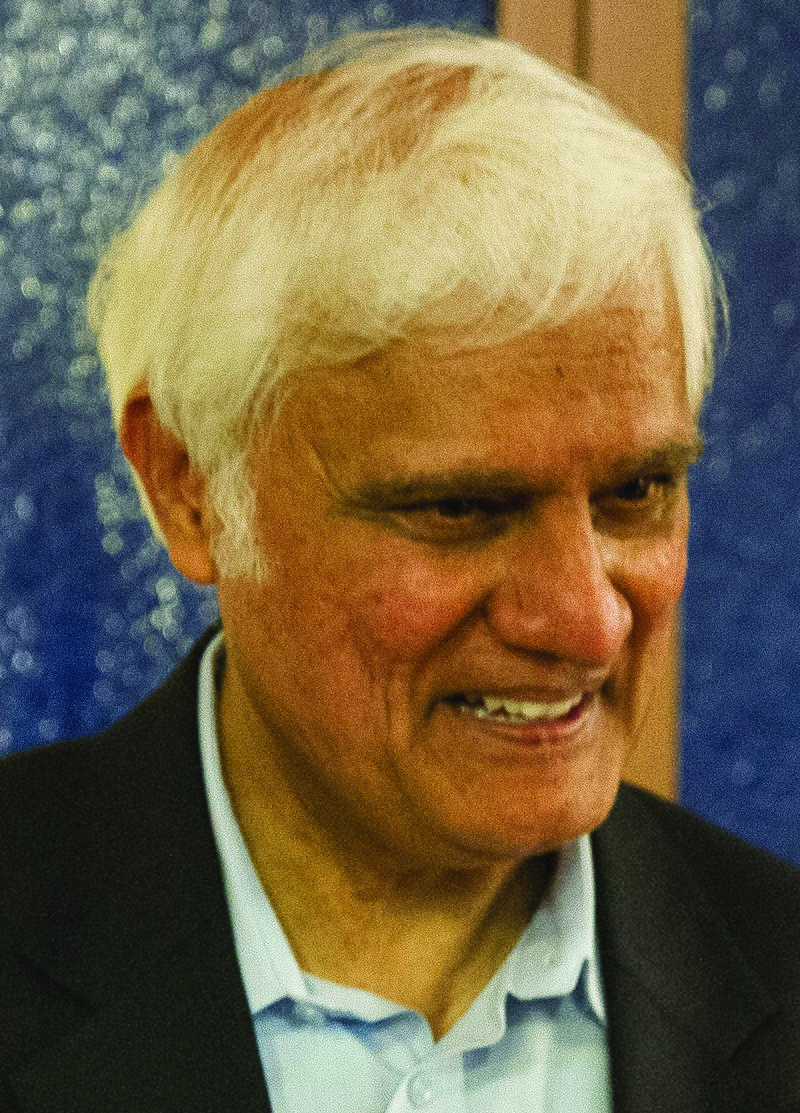 Ravi Zacharias died at his home on May 19 of cancer. He was the author of more than 30 books about Christianity, including the Evangelical Christian Publishers Association’s Gold Medallion Book Award winner Can Man Live Without God?  He also wrote Christian bestsellers including Light in the Shadow of Jihad and The Grand Weaver.

Zacharias was the founder and chairman of the board of Ravi Zacharias International Ministries (RZIM) and host of the radio programs Let My People Think and Just Thinking. He had been slated to be a speaker at Sing! 2020: The Scriptures in Nashville.

Ravi Zacharias spent the past 48 years commending the Christian faith and addressing life’s greatest existential questions of origin, meaning, morality and destiny with eloquence and grace. Through his founding and leadership of Ravi Zacharias International Ministries (RZIM), Zacharias launched a global team of nearly 100 Christian scholars and authors who continue to speak, resource, train and address the questions of millions around the world.

“[Ravi] saw the objections and questions of others not as something to be rebuffed, but as a cry of the heart that had to be answered,” said Michael Ramsden, president of RZIM. “People weren’t logical problems waiting to be solved; they were people who needed the person of Christ. Those who knew him well will remember him first for his kindness, gentleness, and generosity of spirit. The love and kindness he had come to know in and through Jesus Christ was the same love he wanted to share with all he met.”

Zacharias is survived by his wife of 48 years, Margie; daughters, Sarah and Naomi; son, Nathan; and five grandchildren.

“It was his Savior, Jesus Christ, that my dad always wanted most to talk about,” said Sarah Davis, CEO of RZIM. “Even in his final days, until he lacked the energy and breath to speak, he turned every conversation to Jesus and what the Lord had done. He perpetually marveled that God took a 17-year-old skeptic, defeated in hopelessness and unbelief, and called him into a life of glorious hope and belief in the truth of Scripture-a message he would carry across the globe for 48 years.”

About Ravi Zacharias: Zacharias was born in India in 1946 and immigrated to Canada with his family twenty years later. His weekly radio program, “Let My People Think,” was broadcast over 850 stations worldwide, and he has appeared on CNN and other international broadcasts. Ravie Zacharias died on May 19 at age 74.

The Zacharias family has asked that in lieu of flowers gifts be made to the ongoing work of RZIM.

by Matthew Fearon, RZIM UK Content Manager and former journalist with “The Sunday Times” of London

When Ravi Zacharias was a cricket-loving boy on the streets of India, his mother called him in to meet the local sari-seller-turned-palm reader. “Looking at your future, Ravi Baba, you will not travel far or very much in your life,” he declared. “That’s what the lines on your hand tell me. There is no future for you abroad.”

By the time a 37-year-old Zacharias preached, at the invitation of Billy Graham, to the inaugural International Conference for Itinerant Evangelists in Amsterdam in 1983, he was on his way to becoming one of the foremost defenders of Christianity’s intellectual credibility. A year later, he founded Ravi Zacharias International Ministries (RZIM), with the mission of “helping the thinker believe and the believer think”…

To read the entire obituary, visit the online newsroom.

Founded in 1984 by Ravi Zacharias, Ravi Zacharias International Ministries (RZIM) brings the gospel of Jesus Christ to millions around the world. RZIM focuses on evangelism, apologetics, spiritual disciplines, training and humanitarian support. The organization’s goal is to touch both the heart and the intellect of the thinkers and influencers in society by tackling some of the toughest questions about faith and providing thoughtful answers. For more information visit RZIM.org.