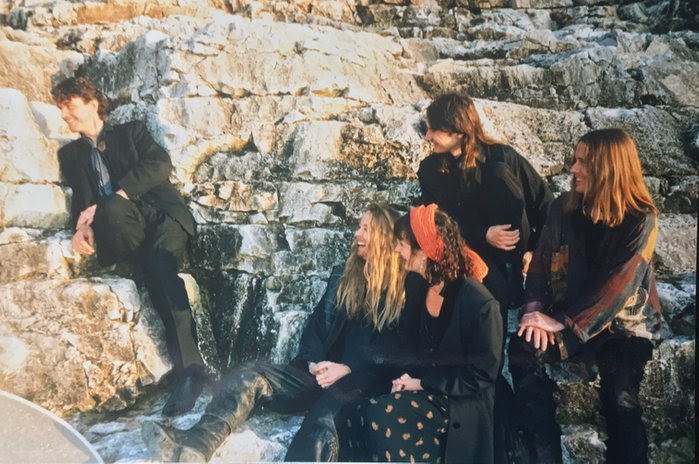 Dave Bainbridge of Iona and Open Sky Records announces that the first 5 companion disks from the upcoming box set are complete. For Iona, The Book of Kells, Beyond These Shores, Journey into the Morn and Open Sky are finished and have been mastered by Nigel Palmer at Lowland Masters.

“I’m so pleased that Nigel is onboard with the project as he has been involved with the band since the very first album, engineering, mixing and mastering Iona music at various times,” states Bainbridge. “Nigel has worked on box sets for Pink Floyd and Wishbone Ash recently so really knows what is required! He is doing a great job at making the tracks, recorded from many diverse sources, flow really well and tell a story. The companion disks really take the listener on a journey through the history of the band and I’m thrilled with how it’s all coming together.”

“MY TOWN” This song was recorded during the ‘Kells’ album sessions in 1992. “It sounded pretty good but was unfinished and never released, so I was very pleased to find it, and be able to add some new overdubs, including a guitar solo!”

“WE JOURNEY ON” Bainbridge calls this song, “A nice, emotive sax and keys instrumental tune that Mike Haughton and I recorded early in 1994 in a band writing session, soon after the release of ‘Shores.'”

“GLITTERING SURF” “Surf” is a previously unreleased song from 2000 with lyrics based on a 6th century poem attributed to Columba. “I was pleased to find this and have extended it with new keys overdubs and a guitar version of the melody.”

“LAMENT FOR THE WORLD” This song is a 7-minute unreleased track dating from around 1997/98. It is a response to environmental destruction. The song features Joanne Hogg singing in Latin. “I’ve added a few more orchestral sounds as the track builds to its conclusion.”

“THE EVERBEATING SEA / FAITH” Bainbridge came across these two unreleased songs from ‘The Circling Hour’ recording sessions just two days ago. According to Bainbridge, the two songs which “eventually morphed into ‘Empyrean Dawn’ and ‘No Fear in Love’ but the original versions were totally different!”

WHITE HORSE. “White Horse” is Bainbridge’s original attempt at a long form arrangement of Jo’s song. “This 8 1/2 minute demo is radically different from the album version (think more prog!!) and contains some sections that weren’t used on the album, plus a guitar solo that I was quite pleased with!”

Dave Bainbridge, isn’t just pulling out old recordings from the Iona archives. He says cd17 of the box set ‘The Sound of Iona’ will feature newly recorded arrangements of Iona tunes, featuring all previous band members.

What Is the Book of Iona Box Set?

The Book of Iona box set is coming out in June. This treasure trove of Iona recordings should keep fans happy for a long time. The 17 disc set, captures not only all the studio albums from Iona, it offers cd4 ‘Snowdonia’ from Iona’s original ‘River Flows’ box set and also features almost the same amount of music on the companion disc for each album. The official release date for the multi-disc boxed set is scheduled for June 20. The set retails for $160.

Iona was a progressive Celtic rock band from the United Kingdom. The group was formed in the late 1980s by lead vocalist Joanne Hogg and multi-instrumentalists David Fitzgerald and Dave Bainbridge. The group was later joined by Troy Donockley who played the uilleann pipes, low whistles, and other instruments. The band announced on Facebook that they were disbanding on Dec. 11, 2016. The new “Book of Iona Box Set” is coming out in June.

What Is Open Sky Records?

Open Sky Records is now the place to go for all Iona related cds/dvds/downloads/merchandise as well as all of Dave Bainbridge’s solo and collaborative albums. You can pre-order ‘The Book of Iona’ here. “We continue to be amazed at the level of box set pre-orders so far – thank you so much for your support in these uncertain times,” Bainbridge says. The Open Sky Records store can be found at musicglue.com/iona

Photo: Iona ‘Beyond these Shores’ album photoshoot on the sheer cliffs at Flamborough Head in Yorkshire in 1993.