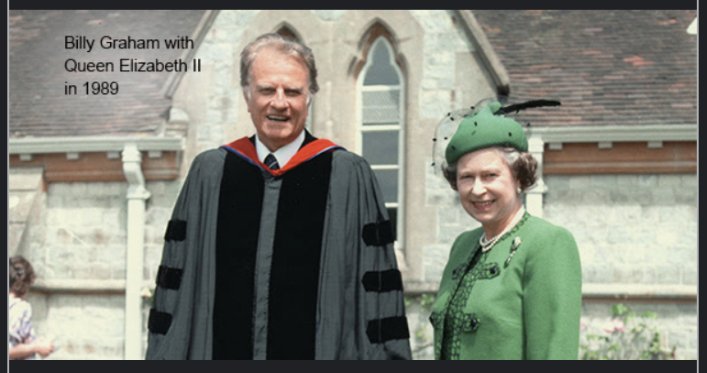 The Billy Graham Evangelistic Association has ministered in London for many years, and Billy and Ruth Graham visited with the royal family on numerous occasions.

“Billy Graham, the Queen, and the United Kingdom” will begin airing on stations across the nation on Monday, Sept. 26—but can be viewed online now. The nearly 30-minute program documents Billy Graham’s early ministry in the U.K., the remarkable way this Southern farmer’s son met the young British monarch, and their unique friendship that spanned seven decades.

God sent His only son ‘to serve, not to be served.’ He restored love and service to the centre of our lives in the person of Jesus Christ. It is my prayer…that His example…will continue to bring people together to give the best of themselves.

“Billy Graham, the Queen, and the United Kingdom” shows what the King of kings accomplished through these two very different people—united by a common faith—to touch lives all across the globe.