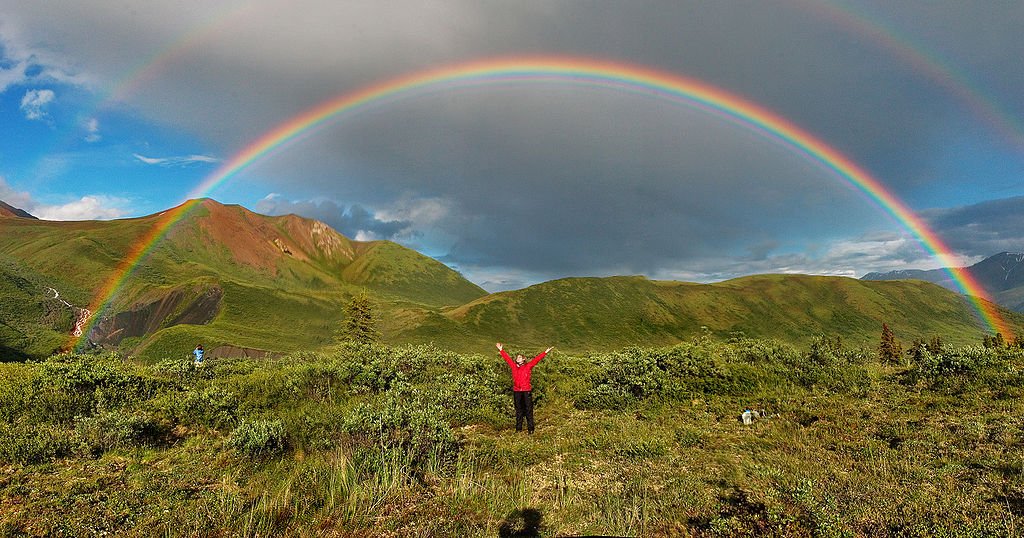 ~ An ancient mystery uncovered; Jonathan Cahn reveals surprising and stunning secret behind the rainbow sign that is saturating modern culture ~

The ancient gods are back, says author Jonathan Cahn — and now they’re dominating the culture of America. Is it possible that behind one of the most prevalent and ubiquitous symbols of America and the modern world lies a dark and ancient mystery?

In his mind-blowing new book, “The Return of the Gods,” bestselling author Jonathan Cahn outlines how America’s turning away from God has opened the door to dark entities that are at work at this very moment, transforming the nation and Western civilization. Since the book’s release, “The Return of the Gods” hit #2 on the New York Times Bestsellers List — Cahn’s highest ranking ever — as well as No. 2 in the Hardcover Frontlist Nonfiction category on the Publishers Weekly bestsellers list, and No. 2 in nonfiction combined on the Wall Street Journal bestsellers list.

According to Cahn, these ancient gods have been the catalysts for some of the most prevalent unbiblical movements in America. Perhaps the most prevalent and dominant sign of modern culture is that of the rainbow.  It appears everywhere — on flags, on t-shirts, in commercials, on corporate logos, on American embassies, on children’s cartoons, and even on cereal boxes. Is it possible that behind this ever-present sign lies a dark secret linked to ancient paganism and an ancient entity?

“A strange thing has happened to America and Western civilization,” says Cahn. “It has become saturated with the sign of the rainbow. Did you ever wonder why? It goes back to the tablets of ancient Sumer and Babylon. It has to do with the goddess known as the Enchantress. And it contains a specific mystery that would surprise and shock those who hear it.”

The Enchantress was a goddess of the sky, queen of heaven, master of tempests, hurler of lightning bolts, and giver of rain. She once had a different name, according to Cahn. An ancient Elamite inscription that records her name with a title in front of it — the word manzat. Manzat means “rainbow.” The Enchantress that came to America was the “Rainbow Goddess.”

She was also known as the goddess of sexuality and, specifically, of sexual immorality. “She was a seducer, a temptress, the goddess who captivated, allured, and snatched away. As the patron goddess of the tavern, or alehouse, she was associated with the partaking of alcohol, particularly of beer. She dwelled in the taverns and mixed sexuality with intoxication,” says Cahn.

Cahn asks the chilling question, “So what would happen if the goddess returned? Would the rainbow also return as a sign of her power?”

“It would. And it has,” he says. “It was no accident that the movement that had been birthed by the goddess should take as its symbol the sign of the goddess. Those who designed it, those who carried it, and those who adopted it to serve as the defining symbol of the movement had no idea of the connection.”

What can believers do while surrounded by the symbols of pagan beliefs?

“The only way to live is by the power of God,” writes Cahn. “It is only by His power that one can stand against the gods. It is only by His love that one can overcome all hatred. Only by His grace can one overcome all sin. Only by His hand can one break the chains of all bondage. And only by His light can one overcome the darkness of the age. In days of darkness the light must not waver or weaken but must grow stronger. And if the dark grows darker still, then the light must shine all the more brightly into it. And those who will not give up will, in the end, prevail.”

Called the prophetic voice of this generation, Cahn has spoken on Capitol Hill, at the United Nations, and to millions around the world. Cahn is known for opening the deep mysteries of Scripture and bringing forth messages of prophetic import. He leads Hope of the World ministry, an international outreach of teaching, evangelism, and compassion projects for the world’s neediest. He also leads the Jerusalem Center/Beth Israel, a worship center made up of Jews and Gentiles, and people of all backgrounds, outside New York City in Wayne, New Jersey. His ministry can be contacted at HopeoftheWorld.org