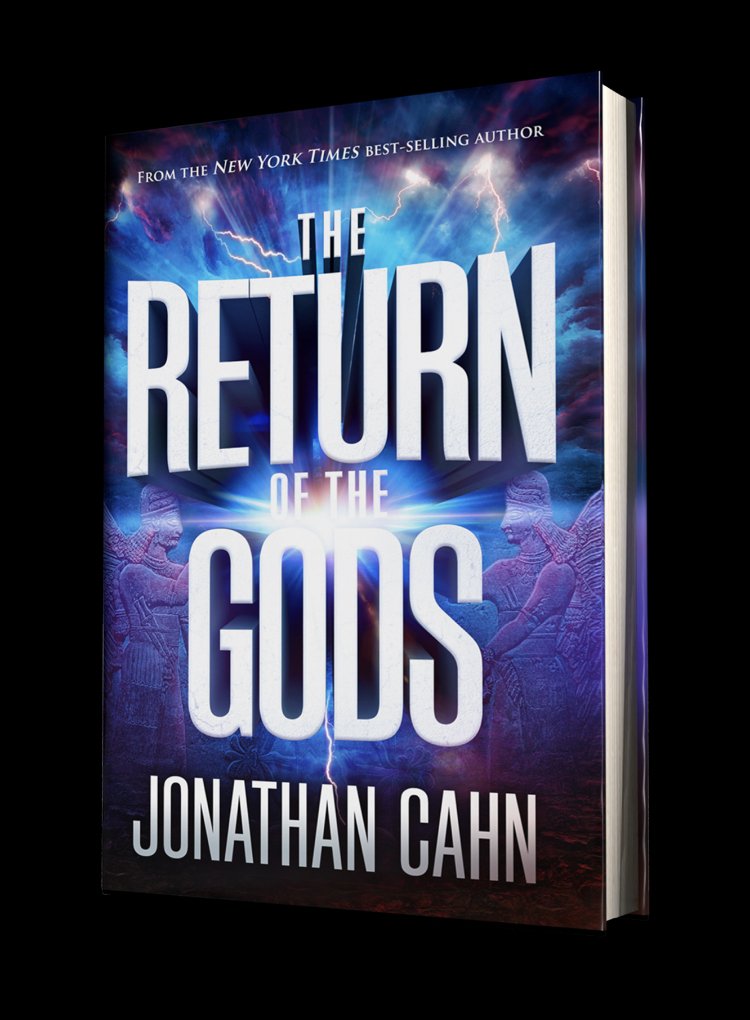 Is it possible that ancient entities known as the “gods” have returned to our world? Could they be the hidden agents transforming modern culture? Could the growing movement to curtail free speech in the West, whether in the form of political correctness, wokeism, or cancel culture, be connected to the mystery of these gods?

Bestselling author Jonathan Cahn’s latest book, “The Return of the Gods,” outlines America’s turning away from God and identifies the dark entities that are at work at this very moment to transform the nation and Western civilization. Since the book’s release, “The Return of the Gods” hit No. 2 on the New York Times Bestsellers List— Cahn’s highest ranking ever — as well as No. 2 in the Hardcover Frontlist Nonfiction category on the Publishers Weekly bestsellers list, and No. 2 in nonfiction combined on the Wall Street Journal bestsellers list.

Cahn takes readers on a journey through time, beginning with the ancient entities known in the Bible as the shedim. The word shedim stands for the spirits and dark entities that lie behind the gods and idols of the pagan world.

These spirits never merely aim for toleration but domination. In other words, they have returned to reign.

reign. “In ancient times they had reigned over the cultures in which they were enshrined,” Cahn writes. “But when those cultures turned to God, the gods were forced to abdicate, to leave their thrones and go into exile. Having returned, they would again lift their scepters and aspire to mastery and dominion.”

Cahn says that it was through a spirit of tolerance and openness that the gods gained entrance into the culture of ancient Israel. But once their worship and cult became widespread and established, everything changed. The righteous were persecuted as lawlessness reigned.

“The gods sought total domination,” Cahn says. “Anyone and anything that stood in the way was to be eliminated. They warred against God and His people and anyone who upheld the former ways. The gods used all means at their disposal: the power of culture, the power of state, and the power of the occult. Those who held to and upheld the ways of God were branded as troublemakers, agitators, and enemies of the state.”

What happened in Israel is currently happening in America, Cahn states. The earlier tolerance would be replaced by a new “enlightened” intolerance. It would manifest as political correctness, then wokeness, and cancel culture. Every word that could now be interpreted as expressing dissent from the newly sanctioned view was subject to judgment and censure. Anything that could be interpreted as challenging or differing from the new morality had to be canceled.

What about those who remain faithful to the Gospel? “As for those who had defied their dominion and would not bow their knee,” he says, “the gods would pass the same judgment on them as they had on those who resisted them in ancient times — there would be no room for them in the dominion of the gods.”

However, faith in Christ is the only surefire method to survive the ancient onslaught. “The only way to live is by the power of God,” writes Cahn. “It is only by His power that one can stand against the gods. It is only by His love that one can overcome all hatred. Only by His grace can one overcome all sin. Only by His hand can one break the chains of all bondage. And only by His light can one overcome the darkness of the age. In days of darkness the light must not waver or weaken but must grow stronger. And if the dark grows darker still, then the light must shine all the more brightly into it. And those who will not give up will, in the end, prevail.”